You are here: Home / Chronicles / 1 billion dollars Chinese loan: Where is it? 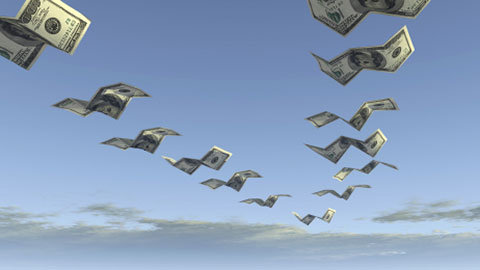 The other day, the permanent secretary of the ministry of transportation reported that he could only see 400 million dollars out of the 1 billion dollars purported to be borrowed from the chinese Exim bank for the Lagos-kano rail. Few days later, Dr Ngozi Okonjo Iweala came out smoking; She not only denied that there was such a loan for such project from the bank but that there was no way the bank will pay without milestones basis. She went on to list the works that they took loans for the exim bank.

I do not have issues with claims and counter claims. It is within the prerogative of everyone to talk and even shout. Na all of us get mouth. The real issue is this: The Permanent secretary of the transportation ministry said he was aware of a 1billion dollar loan facility from the bank in which the ministry only saw 400 million dollars. If the ministry saw 400 million dollars, where did it come from since Okonjo Iweala said she wasn’t aware of the loan and there was no way such an amount would just be paid before showing milestone accomplishment? Additionally, is it possible that loans are taken without the knowledge of the finance minister? How could you explain a situation in which a permanent secretary in a ministry is aware of a certain loan but the Finance minister said there was nothing like that? Does it mean that some loans are taken without the knowledge of the finance minister? O di kwa tight o!!

Unless there is a rebuttal that there is no 400million dollars, without which, we can only assume that such money exists with the ministry of transportation from the chinese bank. What was the basis of the existence of this money? If the Former Finance minister said she wasn’t aware of such, then how did it get to the Federal ministry of transportation? You just don’t pick 400million dollars on the streets. This is where the issue needs to be properly addressed.

If there is money arising from a loan in which the former finance minister is unaware of, then it is a danger we have been pointing out for so long . It would just confirm our intuition that Nigeria has many “accounts” not in control of the federation accounts. If it could be proven that 400 million dollars is in the ministry of transportation which Dr Okonjo Iweala has denied its knowledge. It just confirms the write ups on this page that the CBN or the ministry of finance cannot give workable data of the monetary system(whether inflow or outflow) existing in Nigeria. The controls for some years have been out of their sights. A lot of economists have attacked us on this postulation, but if what we are observing is true, then I don’t know what further proof we want.

Nigerians shouldn’t allow this issue to die a natural death in the usual fashion. Someone somewhere is either lying or hiding facts. Who gave the ministry of transportation 400 million dollars and on what basis? We cannot be saying the moon looks like the sun and want to force that postulation down people’s throats. Can we now understand why it is so difficult to understand Nigeria’s debts?

I know if it were your money that your accountant and factory manager are telling you different “stories”, you nor go sleep for house. You would get to the bottom of it. Do you need any more reasons why it has been so difficult for Nigeria to attain the heights of UAE, UK or the US? We have the money but na all ds apple=orange stori wahala…

Until then… It is quiet mode….Ewolewooo!!