You are here: Home / Chronicles / James Abiodun Faleke: The man whose prayers are unanswered. 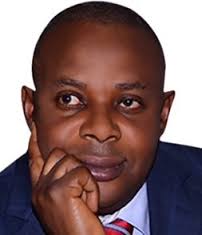 James Abiodun Faleke: The man whose prayers are unanswered.

In case you don’t know this Abiodun faleke, he is the deputy gubernatorial candidate to the late Abubarkar Audu in the recent kogi gubernatorial election. The man was on the verge of being declared the governor elect when Audu died but INEC people pulled a fast one on him. They needlessly declared the election inconclusive. This just messed up everything for the gentleman.

The whole scenario was ‘’concocted’’ against him in the final hour I suspect. I don’t know who prays for him. He might need to change pastor or church in this instance. Just imagine what really went on. The election was already won and lost as at the time the news about Audu’s death got to INEC. What INEC Just needed to do was to declare the full elections and declare Audu as the duly elected Governor-elect. This would have cleared the path for Faleke. However that was not to be.

Faleke is now in a conundrum. He would have to declare if he would still remain as the deputy to the new guy (Yahaya Bello) or decides to go to court as the duly elected Governor-elect. It is a tricky scenario as we speak. The way it is now, the new man (in Audu’s shoes) will most likely not trust him because he never chose him as his deputy abinitio.  Furthermore, he wouldn’t be comfortable around Faleke as he had earlier laid claim to the same seat with that letter from his lawyer. If faleke decides not to take the seat and head to court, then he risks further alienation with his party and the Presidency. The choice is strictly his to make.

I really pity him I won’t lie, however, the people who messed him up are the INEC guys. He just got very unlucky in this chess game called Nigeria politics. This now leads to my question;  How does he pray? The prayers that made him  a member in the house of rep failed spectacularly in this instance. Life can be so unfortunate sometimes I tell you.

For Faleke, let’s hope your prayers work next time. For now, to realise your ambition as Governor is far more complicated and complex than you ever think…. Ewolewoo!!