You are here: Home / Chronicles / Abubakar Audu: When the “dead” and “living” are trouble makers 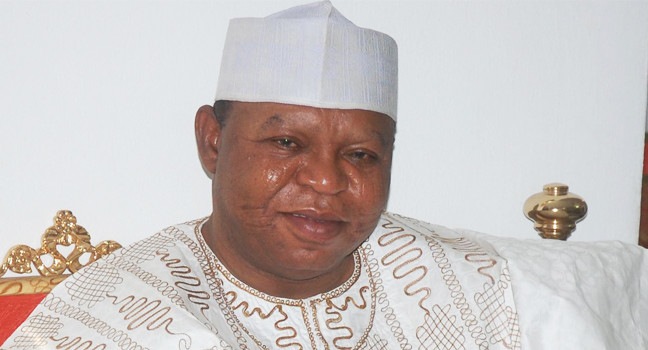 The APC gubernatorial candidate in Kogi state, Abubakar Audu, just died. He died as he was leading in an election declared inconclusive by INEC. I have a sense that  INEC people had heard about his death  before declaring the elections inconclusive. The point is that the man died when he was about winning an election in Kogi state.  To his family I say, sorry o!! May his soul rest in peace.

However, I was never Abubakar Audu’s fan in any material fact. The same reason I am not Ayo fayose’s fan. It’s the same reason I am not Timipriye sylva’s fan.  How could a man  in court with a case against him bothering on stealing his state’s resources be allowed to rule the same state?  Ayo Fayose is enjoying this “anomaly”. Abubakar Audu would have enjoyed it too. Death was  interested in snapping him out of the blues and it actually did.

It has now left the Electoral commission in a quagmire. The electoral commission(INEC) actually thought they would solve this mess by declaring the election inconclusive. However, she only complicated the whole show. If Audu had been declared as the conclusive winner, the solution to this would have been clear as the deputy would have taken over going by the law. Since this is not the case what would now happen?

APC would not allow the organization of a totally new election. PDP would fight the notion that the deputy be allowed to complete the elections. There’s no law that really gives a solution to this case as it were. Everyone would stick to his interpretation of the law. Wahala dey o!!

From the snippets of gist coming out of the family, there were suggestions that he was hypertensive.  On the day he died, he was said to be vomiting blood which must have triggered the heart attack that killed him. This only showed that he wasn’t in good health when he sought to be Governor again. My question is why? If you are not ok, you are not ok. This accumulation of government wealth would not put many people into trouble o!!

Why is it difficult for our politicians to avoid “hardcore politics” when they’re terminally ill. Why? They find it more difficult to say no to politics if they  ‘’assume or strongly suspect” that they should win an election or occupy a powerful position despite their ill-health.  You all know what happened in the case of Yaradua. You are currently seeing what is happening in the case of Deziani Allison-Madueke, a woman who only allowed us into her cancer health case when she lost the position of the minister of petroleum. This was a woman who initially denied the cancer ailment story when he was in Government, but she now has it  outside Government. The question is why?

Abubakar Audu  ought not to have contested for this election because he was very sick. He ought to have stayed with his family and save everyone this mess. His insistence in contesting this election, despite his health troubles, has brought avoidable chaos and confusion into the process. He has also brought real “calamity” to his family because when a wealthy polygamous man dies, you can only imagine the confusion. It is more problematic, when there’s  a “sweet sisi” involved in this matter. I nor talk anytin ooo!!!

The way it is now; this is a total mess because someone decided to look at his insatiable tommy. Well it is INEC’s call. INEC would have to take a stand. However, it is not going to be funny I can tell you. Whoever advised INEC to declare it inconclusive has also brought his own trouble into an already troubled situation.  Nsogbu di ooo!!!

Once again, May his soul rest in peace…..Ewolewoo!!!