You are here: Home / Life Experiences / Sport Mattas / Anthony Joshua: When you underrate…. 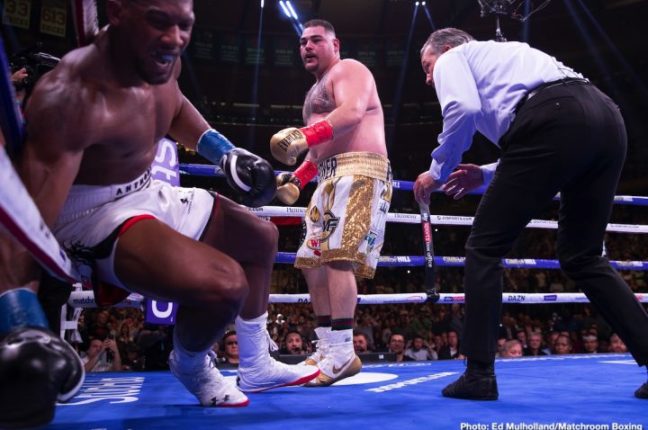 Warning!! This is not a boxing analysis..Hahaha

Anthony Joshua was beaten black and blue the other day by who? A pot belly, unassuming, far shorter guy. A guy with no visible muscle or 6-packs as people would say. The guy had nothing to move the needle. But e beat am!!

He(Anthony Joshua) came into the contest looking and feeling hippie.. In his own mind, that would be a walk over. However, his opponent made sure he never let anything slip on his side. He(AJ’s opponent) did what many cynics would blame him for: He nor show himself.

Anthony Joshua just found out he underrated the wrong guy. Underrating someone is ridiculous, but underrating a Mexican in his attempt to take over could be costly. Joshua found that out in the most ridiculous fashion. In round 7, the referee had to stop the fight because Joshua was already seeing “hell on earth”. He didn’t know if he was in the US or Australian soil again. He was so dazed that he knew he had to take time to request for a re-match. Dey beat am “turn-turn”.

It just says something about any human being. Once you see anyone on the same plane of contest with you, don’t underestimate that person. I have seen seemingly ugly ladies take away the boyfriends or hubbys of those you’d call sweet and beautiful ladies. No be juju o!! Na fair contest I tell ya. The ‘ugly lady’ won fair and square. When you underrate because of what you think you’ve gat, then be ready for anything. I have seen same with guys.

This happens on many fields of human endeavors. Don’t underrate should be your watchword. Anthony Joshua has sadly found that out. He was shown that the hell can, sometimes, be here.. With heavy blows you can see “Angels in their white garments”. With wicked uppercuts you can deny your mother’s name. Blows are never friendly in the territory you thought was yours. “Don’t worry, Next time and sorry” have combined to be his name.

For now, he’d have to contend having “former” attached to his name. He’s still strong but being strong alone doesn’t necessarily define the final point.. I nor yab Joshua o! I just dey hail am as a quiet boy just strolling in the neighborhood.

Hope it remains peaceful and gentle around you…Ewolewoo!!