You are here: Home / Chronicles / AUTOMATION: We are in trouble!! 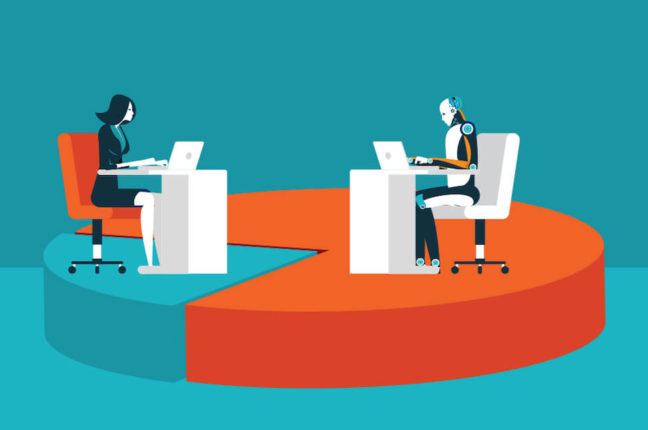 What is really going on my people? I bet lots of people don’t know. Many people are still wondering where the gist is. I tell you in 10 years time many people will be totally out of jobs and it won’t be funny. As it is now, infact as am speaking to you right now, driverless cars and trucks are being tested. What does this mean? Less drivers of trucks and cars!! Before you know it, whole communities of Truck drivers are out of work.

Factories are presently being constructed with little need for human beings to work in them. Offices are being modeled to take in Robots. Sales have practically gone online thereby making salesmen redundant.

This is serious I tell you..Very soon, you’d have an industrial city where you’ve got lots of automated factories with fewer number of people working there. Let me give you a story: Sometimes in 1999/2000, Nigeria Guinness and NBL decided to go into some form of automation. You can imagine the Automation mode of late 1999 and 2000. What happened? Lots of people lost their jobs in that era. Many lost to this early mode of automation in Guinness and NBL factories. However, the automation in place right now dwarfs that time. It has made boy scouts out of the 1999/2000 automation. The Automation of 2019 is massive. It has with it Artificial intelligence and Robotics. With the continued rapid push in further advancement, I can only imagine what 10 years look like..

Agriculture has long left the realm of human labour. The people(and countries) doing so well in Agriculture are the automated ones.. Less need for human involvements in this sector I tell you..Just imagine how Amazon bamboozled everyone from no where when it engaged full automation in her sales. No need for big gigantic stores with hundred of attendants and shop keepers. No worries about maintenance of stores thereby making lots of maintenance Engineers and technicians redundant. It engaged full internet mode thereby eliminating as much as possible physical structures. This made Amazon, within a 10 year period, surpass everyone into the richest company. Mind you, as we speak the richest companies in the world are the companies in IT and automation..

Every profession would suffer one way or another with this automation scenario. With the Chinese coming out with unmanned Production platforms, oil and gas personnel need to be more careful oo!! You can see the way drones are practically removing humans on postal deliveries. You can see the way ATM machines are gradually knocking off different departments in Banks. Little wonder banks are retrenching people everytime..In medical fields, it’s creeping in majorly. This is automation effects I can tell you..
I can go on and on, however, it behooves on everyone to understand the “perilous times” we are in.. Something is going on. It is changing things in rapid fashion. What’s the name? Automation. Where do you stand on it?

I still remain your quiet friend. Hope it remains peaceful and gentle around you…Ewolewooo!!