You are here: Home / Chronicles / Bandits Bankers on the Prowl again?? 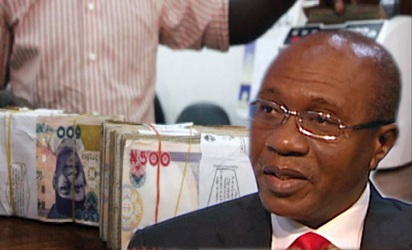 “Banka’ toxic assets may hit N3.0 trillion”. Emeka Anaeto, Economy Editor, VAGUARD, July 17, 2016. When George Santayana, 1863-1952, warned that “Those who do not remember the past [mistakes] are condemned to repeat it” (VANGUARD BOOK p 93), he did not have Nigeria’s banking sector in mind. In fact, that sector had recorded more high profile crooks than any other since the first authentic Nigerian banks were established in the 1950s by individuals whose names would not be mentioned now.

Out of the over twenty indigenous banks established during that period, none had survived till today. In fact, most went under within two or three years. Nigerians with any kind of memory would and old enough, should remember the rash of Community Banks which opened up as part of the Structural Adjustment Programme, SAP, of the Babangida administration. Less than ten still operate today.

Deregulation of banking during IBB’s regime brought a whole rash of financial institutions – commercial banks, investment banks, finance houses etc. When Chief Ernest Shonekan, GCFR, as the Head of Government under Babangida launched the first ever NIGERIA ECONOMIC SUMMIT GROUP, NESG in 1992, the leading lights of that gathering were bankers whose banks were declaring bogus profits, dividends and bonus shares.

The toast of the 1992 NESG was one Jimi Lawal, Managing Director of then Alpha Merchant Bank, which apparently had its own mint to print funny money eagerly accepted by the deluded until the dream became a nightmare for all concerned. Laval ran away when the bubble burst he created occurred. Writing in an article, FUNNY MONEY, in VANGUARD on Monday at the time under the title MARKET FACT, my Fellow Nigerians were warned that those declarations by the bankers were falsified and nobody should rely on them. The next banking crisis occurred two years after and the bankers fled leaving millions of Nigerians in ruins and tears.

Below are the comments made right here in VANGUARD on March 2, 1992, at a time when bandit bankers of that era were still being worshipped by the captains of industry and governments of Nigeria. It was predictive of what followed in 1993 and 1994.

“Despite their cool exteriors knowledgeable bank officials are aware of the time bomb on which they sit. Bank chiefs now sweat under their Saint Laurent suits right down to their Gucci suits and under-wears. Tempers flare at Board and management meetings as the chances of making the required share capital becomes slimmer for some of them. Resort to private placement and open capital market operations have failed to yield results for quite a lot of them for obvious reasons.

All the people who could invest heavily in bank shares have done so either by raiding their personal accounts in established banks or by pawn¬ing precious properties (houses, land, factories, wives, jewelry, blue chip company’s shares etc) for the purchase of bank share in anticipation of quick and substantial dividends as in the good old days. Slowly and painfully many now realize that the. party’s over in banking; they now realize they may have to wait quite a while recover their original investment; profits will take a little longer still”.

Despite our flattering image of ourselves as one of the most intelligent people on the globe, Nigerians must be among the slowest learners on earth. Incredibly, after what was supposed to be clean-up of the banking sector, bankers, who by then I had defined as “armed robbers in designer suits”, were soon back at their old game. By 1997/8, the sector was in such distress that the Abacha regime had to promulgate the FAILED BANKS decree of 1998 resulting in mass arrest of leading bankers and jailing of some of them who were unlucky not to escape.

Like other banks worldwide whose primary mandate and reason for existence was to create wealth, Nigerian banks had instead, on the whole, created the greatest misery for the greatest number of our citizens. That explains why an unusual percentage of money in circulation is still not in the banking sector. People don’t trust them because they are mostly untrustworthy. Banking in Nigeria is not a profession, it is a racket controlled in every era by a few who have no vision of creating lasting financial institutions.