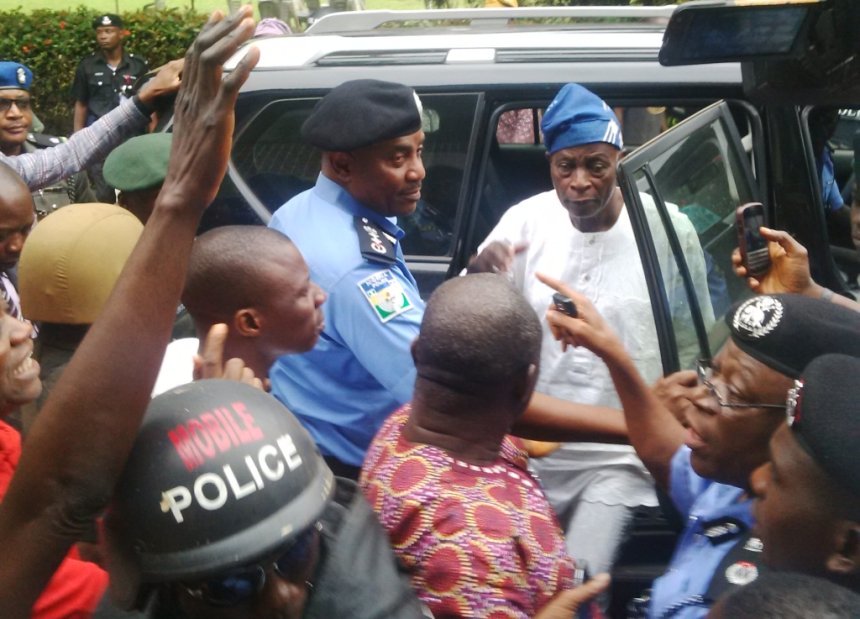 Chief Olu Falae was abducted from his farm in Ondo and nothing happened. He said he was abducted by fulani people who made him trekked several miles in the bush. They(the kidnappers) were always on the move to avoid police detection. One curious thing he mentioned was that they made him call his wife, where he informed her that he was abducted with a car. This didn’t sound like “cadet” kidnappers; this looked more like experienced guys on the roll.

Now a lot of questions are begging for answers. How come he was able to use his phone to call his wife and the police couldn’t trace where the calls originated from? This is crime detection 101. It is no rocket science. Once you made a call, you have automatically given yourself away because you can be tracked. Additionally, how come people who were constantly on the move, according to Chief Falae, were able to negotiate the money to be paid and they were never detected? This is a high profile case remember!!

The main discuss now is this: How were they paid? If they were constantly on the move as he said, how did they communicate for the mode of payment without being caught? This is beginning to look pedestrian for me. This is 2015, and with the level of technology we’ve gotten around it shouldn’t be difficult to locate these guys and bring them to Justice. Kidnappers need safe haven to operate from. They need a place of their own to negotiate from. If they don’t have such, it is very easy to apprehend them.

The Somali pirates, the ISIS militants, etc have bases of their own. When someone is kidnapped from another location (which is not theirs), the individual is brought to their own “safe haven”. The safe haven is an area under their absolute control which is mostly an operational base. They would then make all the contacts from this area to the relevant family members or associates of the victims for negotiation. They are mostly paid in cash, most times the cash could be air-dropped for them in a place that they could easily operate from. This has mostly been their mode of operation.

The so called Fulani men couldn’t have had a safe haven in Ondo state. The area is far from the North where they could brazenly operate. It only shows something: There could be some involvement of “close people” in the area to pull this off successfully. Who the “close people” could be is for  the appropriate security agencies to find out. I know that whoever kidnapped Chief Falae has left enough “critical evidence” that could be used in apprehending such people. This was planned and executed by people with good knowledge of him, his movements and the area. Dem nor be JJC biko!!

The way and manner the chief was kidnapped was embarrassing to say the least. Police reaction and subsequent statements didn’t portend the Police in good light at all. Our Police need to be smarter and more proactive in solving crime. The way the security agencies behaved in this instance could only embolden more wannabe kidnappers. There must be a real re-orientation of our Police force to face the 21st century crime. Catching rogues can be easy but non-acquisition of the smart intelligence of the 21st century can make the easy thing very complicated.

For Chief Falae I say Congrats!! For the Police I say; You have to fish out these guys.. Grammar nor go solve am oo!! Ewolewooo!!