You are here: Home / Chronicles / Dangote: Is he really the richest Nigerian? 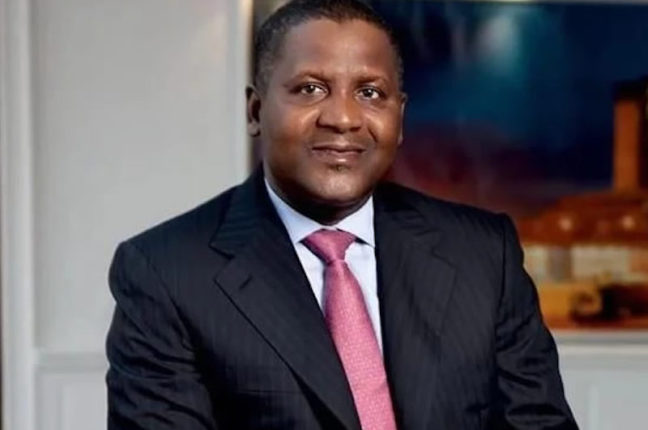 Dangote makes his money in his manufacturing businesses and also his super links to Government officials(you can define that). However take a look at your Governor. If a Governor announces a year’s budget of 400 billion naira(about US$1.3 billion), the money automatically becomes his own. If he likes he pays salaries and he could decide not to pay Naadaa.. If he likes he goes into projects for his state and he could decide not to do anything. Above all he can decide to keep the whole money as his and nothing would happen to him. He has total and absolute immunity so there’s nothing you can do against him. How could such a guy not be in the richest league’s club when he ruled a state for 4 to 8 years? You can do your maths and tell me how that couldn’t be.

If you are a minister in Nigeria, you determine(with your top civil servants in your ministry) how much is remitted back to government at the end of the year. Let me give you an example: If the federal estimated allocation to the ministry in a year is 100 billion naira based on the ministry’s submitted budget. Let’s assume that they eventually got about 80billion naira from the treasury. The minister and his Permanent secretary or director General could decide to spend about 20 billion or not even spend anything. They’ll just cook up the papers and keep the money. How do you consider these individuals not among the richest Nigerians in the mode of Dangote?

How about NNPC directors and their MD? In which world are these guys not in the mold of Dangote or even far more? They know where the richest oil fields are. They have interests in many of the Production companies (whether Big timers or marginal field operators). Their money comes on daily basis. Once there’s production, it means they’re making money also..Saying these guys are rich is an insult. They’re too rich to define them as just rich. To say Dangote is Richer than these guys, is a matter for serious argument.. Infact not putting them in the Richest Nigerians club defiles commonsense..

I can go on and on..Just remember that the palatial high rise buildings you’re seeing in Ikoyi and VI are mostly owned by Government people(whether past, present or their cronies). The wholesome mansion estates you can see in Lekki and Asokoro are owned by them. The super sized shopping malls are owned by them. The big hotels you can see are mostly theirs. How come you believe they’re Dangote younger Brothers in terms of money? I don’t think so…

I can always go on..I just remain your gentle guy who always keeps his mouth shut..Hope it remains peaceful and gentle around you..Ewolewoo!!