You are here: Home / Chronicles / Dasuki travails: When the strongman starts “sweating”… 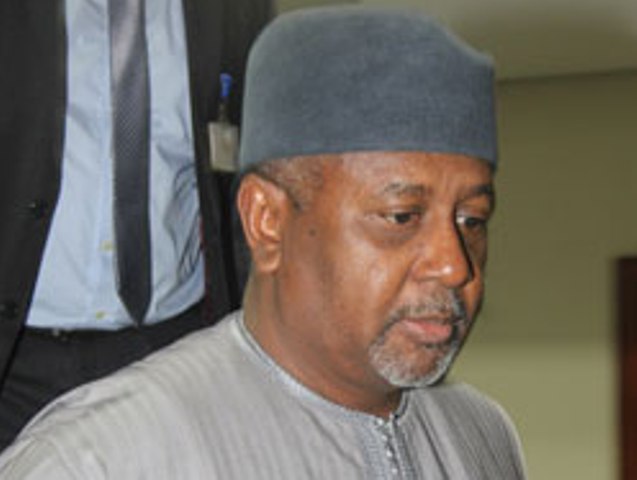 Sambo Dasuki( the immediate past National security Adviser) is now on the very hot seat. He is sweating and speaking in ‘tongues’. The kinds of armada fashioned against him are increasing by the day. He is beginning to learn the difference between “being in power” and “being out of power” in a country like Nigeria. The man is coming out with so many sound bites these days like a “cornered thief”.  Wahala dey o!!

Dasuki has been fighting back accusations that he was part of the team that mis-managed,diverted  or outrightly stole  US$2.9 billion funds meant for the military.

This is now the story: Where did the 9.3 million dollars that the South African government confiscated from the Ayo oritsajafor’s private plane come from?  Dasuki told everyone that the money was to be used for arms purchase, so where did it come from? Furthermore, Dasuki said that there is a vetting process that follows military procurement which is already an approved procedure. Did the process involve using a private plane to buy arms in a third country without the host country’s knowledge?  How did it serve the purpose of Nigeria in this instance? Was it approved by President Goodluck Jonathan? These are salient questions..

In Dasuki’s own words, he assumed the position of National security adviser in June’12 till june 2015: How come he needed only 6 weeks (Feb 14 2015 –March 28 2015) to defeat Boko Haram when he said money had been judiciously spent for the military ever since he was in office? If he had been judicious within most of the 3 years, there wouldn’t have been much of the need for the 6 weeks deadline I believe.

The Former Chief of defence staff(Alex Badeh) in his own words: said that the military were not adequately catered for. He lamented in great length how ill-equipped the military had been during the war with the Boko Haram insurgents. I never heard Dasuki’s rebuttals of this gentleman’s bombshell. If Dasuki believes that money was well spent then, he should have come out to say the man was lying. He should do this with facts and figures. He just kept quiet.  Was Badeh right?

Let us now go to what Dasuki should do: We had national defence Budgets(including all appropriations) from June 2012 to June 2015 when Dasuki  held sway as the national security adviser. He should come out with figures of what was appropriated and what was bought within the period. He should explain what was actually spent in part of 2012, 2013, 2014 and part of 2015. He should be specific about the effects of the spent resources on the battle field.

I trust  he wouldn’t tell us that the period the insurgents overran Mubi , he spent millions on men and resources because that would be very unfair.

It is not enough for him to claim the usual political persecution and witchunt. This is a national security matter and no one would allow him to have blissful sleep with his wife(or wives) in this instance. People have died. Families have been displaced forever. Communities have been obliterated from the surface of the earth. Thousands of  lives have been lost in this unfortunate matter. So this is a very serious issue.

He should understand that no one would allow him go and seek asylum outside the country in the guise of going for medical trip. All the press releases from him are “political asylum”  induced  statements that indicated why he is being watched. You cannot “chop and clean mouth in korokoro fashion” and expect the world to just move on. Retribution is more unforgiving when your man is no more in power. Dasuki should know this…

With what happened during the US$9.3 million cash issue, Dasuki has more explanations to give on the US$2.9 billion case.  He needs to seriously convince us that he is not a thief. This is Dasuki’s lot as we speak because the prognosis is not boarding well for him…. Ewolewoo!!!