You are here: Home / Chronicles / David Cameron resignation and Nigerian political holders: Where Principle and money collides, who wins? 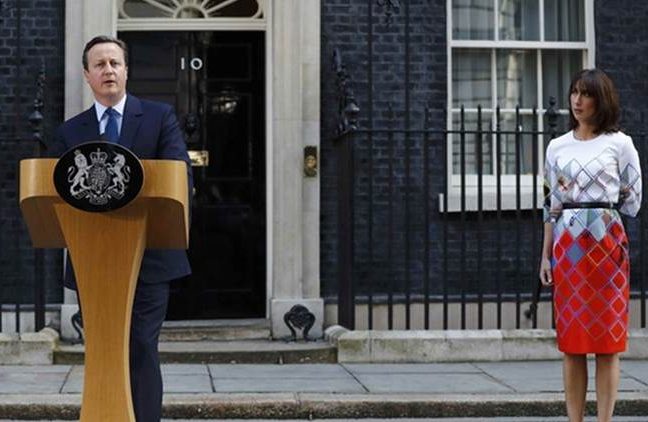 David Cameron recently resigned as the British Prime minister when the British people elected to vote “leave” in the EU referendum. The man said he would formally hand over in October. As a matter of principle, he said he couldn’t lead Britain through the arduous process of leaving the EU. He never supported that point but the British people elected to follow a different route. That is the kind of democracy that is very strange in this part of the world.

With the mindset of what happens here, you could analyse the whole thing in simple fashion: Money!! The salary of the British PM, David Cameron, in a year is around £107k per year and if you add the allowances you could be getting up to £125k in a year. David Cameron said so in an interview with the sky news. This amount is peanuts compared to what happens here in Nigeria. Infact in our context, we would look at him as a poor leader of a rich country. It would never happen here. That amount is just nothing I must confess. Resigning or not does not substantially affect his bank accounts with the kind of money that he earns in the UK.

To start with here: you can read what happened with Dasuki. Dasuki, as a National Security Adviser, had over $2.1 billion to share and chop. He was able to share billions of naira to people he liked and people he was instructed to like while putting the rest in his pocket. Would anyone in his right mind have resigned in that kind of Job? That would be “suicidal in the extreme” I can tell you.

We have a glaring situation where the senate President has been caught in red-handed fashion with his hands in the cookey jar. Well as a senate president he has access to some hundreds of millions in votes just to spend and distribute. Do you expect him to resign?  That would be a tall order. With the kind of money Saraki can see, resignation cannot be considered.

When Deziani was the minister of Petroleum, she handed out millions of dollars to people just for sharing. She handed out about $105 million to the Fidelity bank MD. Gave the skye bank MD about $85 million dollars, One executive director in first bank helped her out in buying Le’ meridien hotel in PH with over $300 million, I can go on and on… Who would have resigned in that kind of Job? Who would do so in his right senses?

Check out Badeh, the former chief of Defence staff, he is dwelling in billions, mind you not millions, I tell you. The money was so much that anyone “would sound stupid to his people” to say he would want to resign in that kind of job. You can just be a billionaire by being in Government simple!! Resignation is not an option here o!!

We are right now in Fayose’s case where over a billion naira was passed to his personal account to finance his election. The facts of the case are in the open. To tell you how shameless this man is, he said his election was financed by the Zenith bank. This is akin to a robber telling us all that what he was alleged to have stolen was illegally given to him by a party that shouldn’t do so. Yet he expects us to “reason” with him. Na so? Do you really expect him to resign on Principle? For wia!!

The chief of Army staff has been cornered in a dubai properties issue. He’s been accused of using about 140 million naira to buy properties in Dubai. To people, this is beyond his means. He hasn’t robustly denied the case against him. However, you would expect him to resign and face this issue squarely.  He wouldn’t do so and I do not expect anything more. Resignation ke? Who sai!!

Well, to be a bigger boy, it pays me to know Deziani, Saraki, Dasuki in their prime than knowing David Cameron. Knowing Deziani and Dasuki then could easily make me a billionaire minutes after leaving their offices, while knowing David Cameron would just be good for photo ops and nothing more. With Deziani and dasuki my bank accounts would develop  obesity while having a Cameron in my circles is nothing but flat stomach.

Principle works better when money is not seen as a major factor.  Unfortunately, we all know where the driving force lays in our clime…Ewolewoo!!