You are here: Home / Chronicles / Deziani: A minus to true Amazons 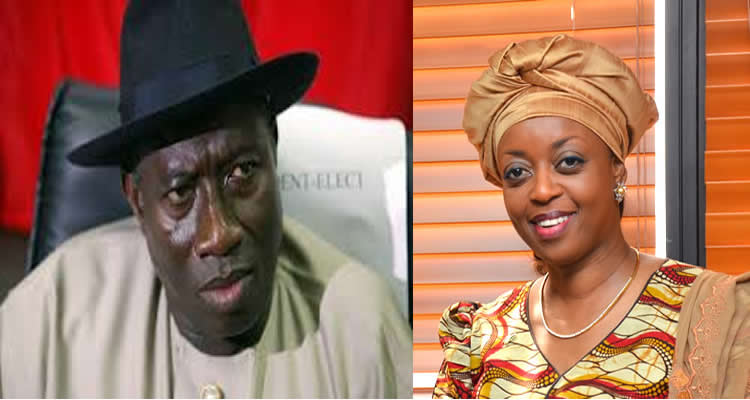 Mrs Deziani Allison Madueke, the flamboyant former minister of petroleum, who held the Former President Goodluck Jonathan in a ” very sweet part of his being” where Patience never understood or knew existed, is now hiding behind a finger. She is now finding out the true meaning of “backbone at the very top”. Once your main man is no more around then start visiting your pastor the more o!! It’s not gonna be funny I tell you.

I still remember Deziani in 2007 when she was just appointed the minister of works. She wore a shell inscripted safety cover-all to Ore-Benin highway and ‘cried’ on seeing the terrible nature of that road then. After crying, she went back to Abuja. End of story!! Nothing was done on that road despite her theatrics I tell you . She did naada!! Infact she was about losing her job at the end of 2008 as the minister of works on the orders of Yaradua until Jonathan intervened for her to be drafted to aviation ministry. Wetin happen that time? Na still money mata o!!..She must really understand her ways I tell you.

With combinations of some complex manoeuvres and ‘’smart networking” she defeated others to clinch the petroleum ministry. Then she started another phase of interesting “ additions and subtractions’’ in the oil industry. Every deal must have her imprint if not no deal. There was a very extensive report by the now rested NEXT newspapers on her some years back. Infact the newspapers challenged her to take them to court if she felt slandered. You know what? She demurred!! She ran away!! In a normal country the security guys would have entered the fray. However in Nigeria, who wan try? Unless you wan vamoose…

It got to a stage that in 2011 budget about #288 billion(about US$ 1.3 billion) was appropriated for oil subsidy but what was spent was over 2 trillion(about US$9 billion). No one could explain how it jumped to that amount. If you ask Dr Okonjo Iweala(former minister of finance), she would give you a different figure. Deziani would tell you something else. PPRA has her own number. CBN get im own numbers too. What does that show? Money has disappeared and everyone is feigning ignorance. Money mattas nor be small tin o!!

When Sanusi(the former CBN Governor) screamed about US$ 20billion loss, all hell and heaven broke lose. Attempts were made to cover up and deliberately obfuscate issues. No one was interested in checking what happened to the money. Sanusi was sacked but NNPC that was to be audited still had Deziani (the main suspect) as the head. Dat one na audit? Wich kind audit be dat? Deziani surely knows her way I must admit.

I really give it to Deziani she understands the system and she knows how the system can be tuned to programme white as purple red. She knows how to make the boss ‘ very happy’. Ladies, better learn one or two things in the act of making the bosses very happy…Stop shouting “harassment” biko!!