You are here: Home / Life Experiences / You are divorced but still “very good friends”? Hmm!!! 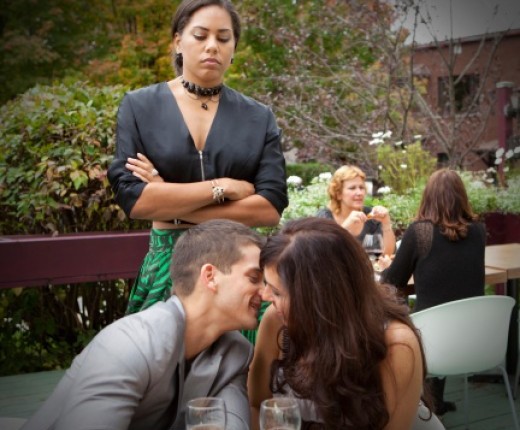 The word “divorce” is not as simple as it sounds. It is far deeper than that. When you consider the efforts people put into marriages. When you follow the intricacies that led to a marriage becoming a reality then you would realise that is just not easy to let go. It takes a lot of introspection for people to believe that what they initially felt for each other is no longer working.  It takes a lot of efforts in “debilitating madness” for someone to realise that he/she has to leave behind what was once cherished. It is not an easy conclusion.

So if someone says he or she is divorced but still good friend with his/her former spouse, then there is more to it than meets the eye. That might not be the best relationship you want to get yourself involved in because “na trouble”.  What would be your reaction if the “former wife but still good friends” barges into the apartment when you are together? They are still good friends remember? What would you do? Is that not a complex issue for you to resolve?

How do you explain your partner being summoned by her former husband but still good friend to a private meeting? You might insist you want to be part of the meeting I agree but that is if you are aware. You might not even be encouraged to attend even if you are made aware of it. It is a very debilitating idea to populate someone’s brain.

So when next you meet someone who is divorced that you would want to get serious with, then you have to be sure that divorced means divorced.  If the divorce is “half baked’’ which involves still being very close friends then look for the emergency exit door.  You are just courting trouble which could really affect you for a long time. Some “things” are better avoided than tested.

Mind you, this does not say that any of the parties in the divorce issue is a bad individual. Infact they could even be the best people to be with when you meet them. However, for you own sake, it is better that a couple is allowed to totally disengage before plunging your neck across the ring.