You are here: Home / Chronicles / Donald Trump: When the media and everyone is wrong except… 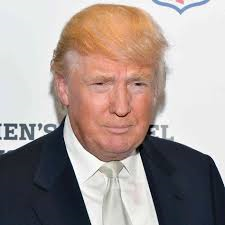 Donald J Trump will be the President of America come January 20th 2017. It doesn’t matter what anyone thinks or feels. He will be President. He won the election fair and square in its entirety. He showed all that the power to grace and prosperity is never totally defined by Prophets or by the media. It is mostly defined by your belief in your ability to persevere in the pursuit of your dreams can sway the unknown luck of mystery to your favour.

The media got it all wrong. The pundits declared him a loser before the first ballot was cast. Every talk show said he should save himself the disgrace of an electoral landslide loss and quietly withdraw. Cartoons and funny mimics were depicted and shared on facebook, twitter and other social media platforms to paint him as a loser. However, he said he would not lose but no one listened.

In Nigeria, Pastor T.B Joshua predicted that Hillary would win. The same person who never saw the collapse of his own building that killed tens of people put himself in the fray. Just like the way he didn’t see the collapse of his building, he should admit that he was totally blindsided by Trump Victory.

Donald J Trump has shown everyone that the power of belief is inborn. He never looked less on himself just because the media said so. He showed all that he understands the street problems of an average American. He knows that the street is not defined by the palatial buildings shown on TV drama and movies in the Cinemas. He knows that ordinary folks have lost their jobs in the closed factories that littered Ohio, Pennsylvania, Michigan. He knows that the Chinese have decimated the steel mills in those states. He also knows that only manufacturing can give jobs to everybody. Once you kill manufacturing, there would be problems. The average Pundit or radio show host doesn’t know this fact. Most analysts stay in their air-conditioned rooms and believe that the eloquent grammar that they sprout defines the problems by the people. Donald Trump proved them totally wrong.

For example, the needs of the people in Ajegunle cannot be the same with the Victoria Island folks. Makoko has more population than Ikoyi and the needs of the areas are totally at variance. Abule Egba is not of the same mindset with lekki. So when a V.I folk starts explaining the fundamental problems of Lagos, then, he needs to be looked at.

People need jobs. It doesn’t matter whether they’re educated or not. Any economy that cannot provide for both the educated and less-educated is not a serious economy. The educated needs the less-educated to lead. Without the later the former has no real job to do. It’s simple. Lagos got decimated when the industrial areas of Lagos collapsed. This has put so much pressure on the service sectors encapsulated by V.I,Ikoyi and Apapa. Due to this, those areas ballooned into commercial from residential areas. The same scenario has happened in U.S. Donald Trump saw it and people agreed with him.

Donald Trump has told us that the power to move is in us. Little wonder he turned a 1 million dollar loan from his father to billions. Unlike normal Nigerian billionaire, he doesn’t give a hoot about the sitting President because he doesn’t need him to make money. He doesn’t need Obama to activate more of his billions. He fought the system and he won. We need billionaires like Donald Trump in Nigeria who will tell us our problems without getting bothered about what the politicians want….

For now let’s hail the next President of the United states Donald J Trump..Ewolewoo!!

Donald trump: A lesson in self believe