You are here: Home / Chronicles / Dr Goodluck Ebele Jonathan; A man whom God gave so much but delivered so little 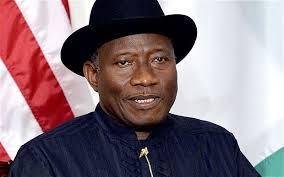 The other day, Former president Jonathan ran “gbalagbala” to see the current President Buhari. He was obviously scared of something. He was scared of the threat of the later to go “mad” with people who thought they could hide meat inside their mouths during the former’s regime.  Power don change hands, the dog (bingo) has been alerted that there’s a new master in town. So yawa dey!!!
To make matters more embarrassing, he has been sending all manners of people to put pressure on the current man. Far more embarrassing is seeing Pastor Ayo Orisajafor, among others,   as part of the team. A man who’s plane was used for pure money laundering purpose to the SA. This happened in our own eyes and sanity. The mere fact that this man would deliver sermon next Sunday says a lot about our acceptance of “pure wayo” in religious works. This is the level we have sunk so far our personal money is not involved.
President Jonathan is an academic Dr. A man who has been able to get to levels others would just dream of in their imaginations. Did he deliver when he got there? Naaaaa! ! He delivered naatin. He never delivered to Nigeria. He never delivered to the South. He never delivered to the south south. He didn’t deliver to Bayelsa. He only delivered to himself and his coterie of people that you all know about. He messed up big time.
He superintended Nigeria during the time the oil price was hovering around and sometimes over $120/barrel. What did he do with the money? He just allowed the money to disappear the way it came. Ask any of his people to come with what he did. They would tell you of projects he did that anyone who was getting $30/barrel would be ashamed to call achievements. That is the level he sank us into.
The CBN has been jumping from pillar to post as we speak because they know what everyone knows. No money!! Despite all said, they know they were just CBN in name before now. Dem nor no where much of money dey. We had other “CBNs” controlling tins in dia own corners.  It is now that Dem get liver to try and control the slush funds outside the system. Do you want a prove of the slush funds? Ask oritsajafor among other people!! Yes now, the 9.3 million dollars didn’t come from the CBN, so where did it come from?
Dr Goodluck Jonathan, never showed in real terms why being an academic makes you a better manager of people than a non – academic character. He let the academic community down in all aspect. He showed that in the matters of money, anything goes..This is a flaw he projected to the consternation of all.
He embedded corruption. He showed corruption. He cuddled corruption. He imbibed corruption. He showed his subordinates and aides that corruption was the way to go. In him, we have reasons to forget that we ever had a President with that name.   ..
For President Buhari, He was elected by the people who want to see Nigeria’s money in Nigeria’s(not Nigerians!!!) accounts. Those that elected him want this and he must give us our money. He has no choice!! If he likes he can listen to all the funny blackmail going around by thieves and their supporters.  Those people can allow it to happen to their personal money no problem. what happened during the last regime can only be allowed in dark ages.What we want is the money. That’s the reason he was elected.
Jonathan should just give space biko!! Ewolewooooo! !