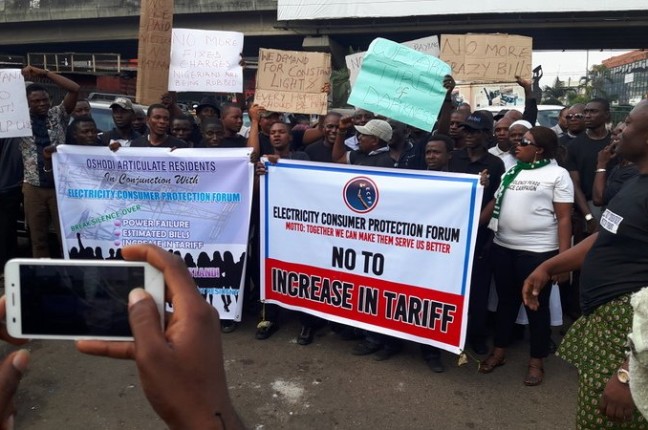 The DISCOS(or  PHCN people?)  have suddenly gone mad. They have come out of their shells into the open.  They have now passed the burden of their wahala to the Nigerian people.  This was predicted in my last post on the PHCN in december( please read  http://ewolewoo.com/phcndiscos-sharks-dragons-prowl/) . I predicted that the tariffs would only go higher because of the structural defects in the process of choosing these companies.

These companies that got the contract of being chosen as DISCOS were just interested in the deal because many of them were front men of people in government. They never had the resources of any kind in Power business. They   got in because their promoters were also the Judges of the processes leading to the award of the contract. They had naadaa and they still have absolute nothing I tell you.

Problems came up when the new government came in and refused further subsidies for these companies. To make matters far worse for them; crude oil, the mainstay of Nigeria economy, plummeted in price with such vengeance that you would think there was Armageddon. Sadly, it is still plummeting with same vigour.  So the idea that they would be given continuous free ride in terms of government financial hand-outs is out of the window.  The only option for them is to “attack” us for money.

In choosing the so-called DISCOs, Nigerians have entered one-chance bus. We have been “yahoo-yahooed” and we would have to pay for it. It is quite sad but that is the truth. The so-called DISCOs don’t have money and never had money. The idea of privatising the distribution section of power system in Nigeria is not bad I must confess. However, the execution of that idea got muddled up in the normal “Nigeria quagmire of greed” thereby exposing everyone to avoidable pains.

What can be done to solve this? Honestly, I am confused too. I would have suggested that government takes it over but that would be a “colossal loss” both ways. However, the only radical way to solve this nonsense is to call for another tender. Call for tender from people who have been in this business with track record. Let companies with the right financial and technical muscle come into our power generation, transmission and distribution business.  In doing this; Nigeria and Nigerians would gain.

With the companies we have now in saddle, Nigerians would have no choice than to continue paying higher tariffs for power they would seldom see. We are presently in one chance bus with these companies. Let’s pray that they don’t push us out of the high speed-bus.