You are here: Home / Other News / Ese Oruru: An example of a case we all know happens 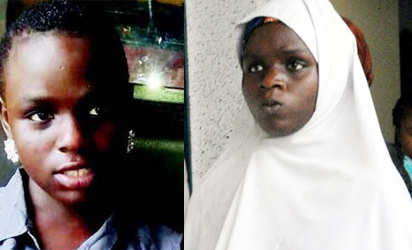 There is a soccer player who has just lost his job as a footballer. This guy rakes in £60,000/week in the English Premier league. However as we speak, he has lost it. He is preparing for his sentencing in the court. The name of the guy is Adam Johnson of Southampton FC. Do you know why? He had inappropriate sexual relationship with a 14 year old girl. For that he is going to miss the outside world for some years to come.

We have a similar situation in Nigeria, specifically in Bayelsa. A man, Yinusa Bello, picked up a 14 year old girl,Ese Oruru, took her to Kano without her parents knowledge and  ‘married’  her.  Is that not crazy? As we speak the police is still speaking so much grammar in this instance.  You can now see the difference between having a society where common sense is of essence and a place where madness rules.

Mind you this is not the first case in Nigeria. We presently have a senator in the Senate house who married a 13 year old girl some years ago.  If it were in the UK, the man would have forgotten that he were ever a legislator. As we speak, the man is in the house enjoying being catered for by the Nigeria state. This man is Senator Sanni Yerima (APC, Zamfara). The man has been using braggadocio to confuse and harass anyone who asks any question in that instance . He has been using what Nigerians normally do when caught in a corner; he has used religion as a basis to escape prosecution for being a paedophile. This is the annoying aspect of our situation.

What  Yinusa needs to do is to plead his religion as a basis for marrying the girl and the matter would be dead like Senator Sani Yerima of Zamfara state. He only needs a smart lawyer who understands the sensitivity that guides our religious inclinations and the matter would go away.  Yes!!

We have a nation where laws are meant not to apply to rich people and religious bigots. Once you can claim to be rich and powerful our laws are not for you. In the same vein, just claim religious back and the matter enter a complicated spin.  It is that sad.

For parents of  Ese Oruru,  I say  congrats to you. However, it would have been a much more complicated matter for you if Yinusa Bello is a Senator or a rich and influential guy. This is an example of what happens in many homes who have decided to take this as “normal”…

The system needs to change her orientation where sex with under aged kids is harshly and publicly reprimanded in very quick fashion just like Adam Johnson’s case. Anything outside this is just “noise”..No value!! Ewolewoo!!