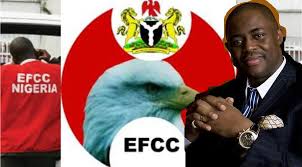 How many people can be privileged enough to have over 800 million naira lodged into their accounts just like that? How can a non-business man in any manner have close to a billion naira lodged into his account? He is not in stock trade business; he is not in commodity trade business. He’s not in any manufacturing business that we all know of.  The only Pedigree he has was being a minister and former spokesman of the Jonathan campaign organization. Is this what gave him 840 million naira? Mind you he hasn’t expressly denied it..

You can see why honest entrepreneurship is being deliberately discouraged by these government folks. How do you honestly expect an honest business man to feel after seeing this? A man who knows the kind of sweat that must come out of himself and his multitude of “troublesome” employees before he could declare 10 million naira turnover in 2 months. Do you really think he would look at the business as the way to go?  Little wonder businessmen are doing all they could to leave their businesses and enter government circles. It is the way to go.

If Fani kayode can make close to a billion naira in his 6 months job as Jonathan’s campaign aide, what else is there to do? Do you need any other story to offer?  I have been reading his complaints as the EFCC raided his apartment. In his own world of parallel reality, he should be allowed to have his peace. What peace?  You collected government’s 840 million naira without  following any procurement procedure whatsoever yet you want peace?  Mbanu!!  E nor fit happen.  If he ever gets peace, it is the peace of the grave yard.

Some People should thank their stars that they are Nigerians and live in Nigeria. This is the only country in the world that a man would be caught with hundreds of millions of government money yet would claim being persecuted. In other countries, they would be lucky to still see their family members once in 2 months.  If you are caught, you are caught. That’s it. Fani-kayode has been busted and he shouldn’t expect pleasantries from anyone. A man with the kind of money in his account is a very powerful individual by any standard.  He shouldn’t expect anyone to treat him with kid’s gloves.

Femi Fani kayode would “ vomit” that money.  He must understand that he is not in friendly territory anymore.  He can spin the story the way he wants. He can manipulate it the way he wants. The fact is simple: He never denied that he collected the money. He must return the money. The money is not his. It is not Jonathan’s personal money. It is Nigeria’s money. If he wants peace, then, he should return that money.

The earlier we start showing disdain for rich thieves the better for everyone. When a suspected thief is caught, don’t speak too much grammar, call him his real name. If we continue to condone rich thieves, we might not have a country anymore by the time all the money has been stolen out of circulation.

For Fani kayode, I say pay up biko!!