You are here: Home / Chronicles / Femi Fani kayode : the making of a “superstar” 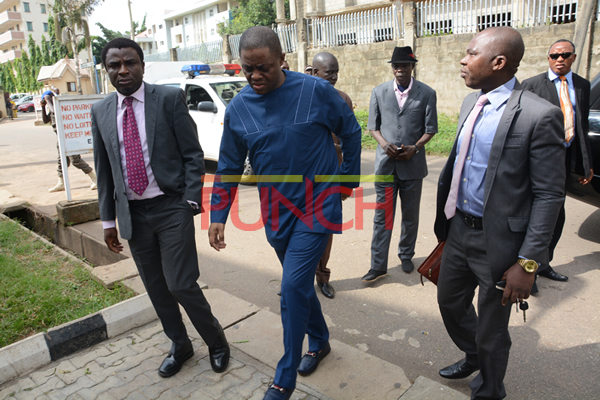 This morning, 9/15/2016, Fani kayode arrived at the EFCC office to come and answer how he became a “superstar”.

We need to appreciate a “genius” when we have one. Yes we need to fathom how a superstar could be produced. Fani kayode would help in the unravelling of the important mystery that made him that rare individual with overwhelming quality. This is the real gem.

The story must come out for posterity. The story must be told for generation to come. The story of how an individual could be so “enamoured”  with some important attributes that would make 840 million naira enter his account should be propagated in all ramifications. This should form part of motivational speeches. This is a story by the Gods. We are dying to understand and imbibe into the new culture.

Sometimes I wonder why Bill gates “racked” his brains to no end. I also wonder why late Steve Job bothered himself producing Apple with the monstrous qualities embedded in that phone.  I look around and I say to those people and their likes;  come over to the land of milk and honey and rest your over-hot brains.  A land where disturbing your brains to produce something worthwhile for humanity could jolly well, be a “waste of time”.  Fani kayode has shown that in no small measure. You only need to “tune your brains” to the right government circles, and bingo! You are a multi-millionaire.

The EFCC should do us a favour; We want to learn. We want to know and understand how Fani-kayode did it. We want to appreciate his skills. This kind of skill cannot be taken to heaven just like that. That would be a crime against humanity.  The EFCC would be helping the system if we can really learn from a “master class individual” that we are fortunate to have in the person of fani Kayode. On this we stand….Ewolewoo!!