You are here: Home / Chronicles / Forget Grammar, stealing is the issue 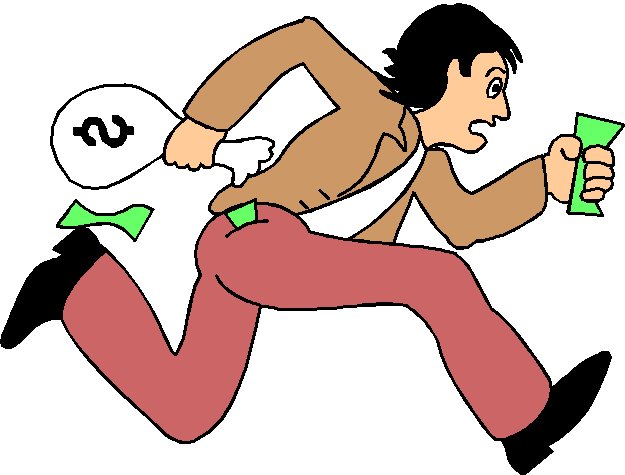 The problem of Nigeria is just one simple thing: stealing!!! Call a spade a spade and speak less grammar. It becomes more complicated when Nigerians continue to clap for “thieves”. It still baffles me how we continue to justify the act of blatant “wayoing”. People can spew all the economic theories they learnt in their ivy colleges but the fact is fact. Na stealing!!

I once had something to do with defunct Allstates trust bank. The owner then just used everybody’s money to become a billionaire I tell you. People deposited money in the bank and with that money he started his abracadabra. He set up different shell companies that were obtaining all manner of loans to build properties and other of his fantasies. The depositors’ money was heavily used to buy and sell forex in the same vein. Many of the Properties he used the bank money to build were then rented to the same bank where he collected the rents. The loans that his companies got from the bank were never repaid. The loans became bad loans just like that..He just used everybody’s money to service his greed. Ofcourse when consolidation of banks policy came up there was nothing in the bank. Naadaaa!!! Ask me where the gentle man is now? He is a traditional ruler somewhere in his homeland. The same people he cheated o!!. All the stolen money is absorbed by the system: me and you!!

How come many Nigerian businessmen (or billionaires) are lobbying to following the President anywhere? I have never heard of bill gates or any of his likes being interested in the itinerary of Barack Obama. Donald Trump is a billionaire and he says anything he likes without caring whose ox is gored. These Americans are not interested in Obama’s journey activities because they don’t need it. They’ve got businesses (real business) to follow.

Politicians have learnt this act, so they just set up companies once elected and become the “selectors, verificators, awarders and awardees” of contracts. Na dem dey sign, na dem dey collect. Now that oil price is so low, the system is about imploding. Yansh don dey smell!!

Nigerians must push EFCC to get out of the “gragra” stage and start charging these guys to court with specific time frame for completion. Nigerians must demand that people prove their cases in court and not in newspapers. How can a man on salary of #350000/month have properties worth billions? How? I still don’t get it..