You are here: Home / Other News / Ikedi Ohakim: The face of a robber….. 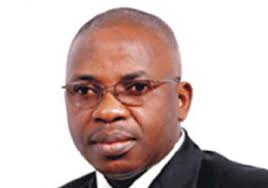 Ikedi Ohakim was Governor of Imo state between 2007-2001 and he did nothing but stole. He stole, stole and stole. His mission in the state was to come and steal the state out of circulation. This man is lucky that he’s still in his house as a free man. He should thank his stars that he’s in a country where rich thieves are admired and protected.

There is an ongoing case in court where Ikedi ohakim was accused of paying someone US$2.9 million in hard cash to buy a house in Abuja sometimes in 2008. This money is not his personal money; this is the money of the people of Imo state. Ikedi Ohakim just stole it. Ofcourse, this is not the end of the story I have to confess. You will hear more salacious gist when the EFCC actually follow through the plethora of petitions against this “confirmed wayo man”.

When you have a Governor of a south eastern state buying a house for 2.9 million dollars, what do you expect in that state? How would someone tell me that this is not man’s wickedness against man? In other countries, this would have elicited mass demonstration against Ohakim that it would be in his interest to be remanded in Jail. However, Ohakim knows that he would scale this huddle because he is in Nigeria where the rich thieves are never convicted.

I want to see the Igbos complain about this. I want to see our people pick this up and demand that the money is returned.  We claim that the federal government is marginalizing us, what about our former state Governor being caught in grand theft of Imo people’s patrimony. Nothing explains dehumanization of people more than this grand theft. The 2.9 million dollars must be returned to the coffers of the Imo state Government.

When you are looking for a robber, please check the picture above….Ewolewoo!!