You are here: Home / Chronicles / Another independence day another story 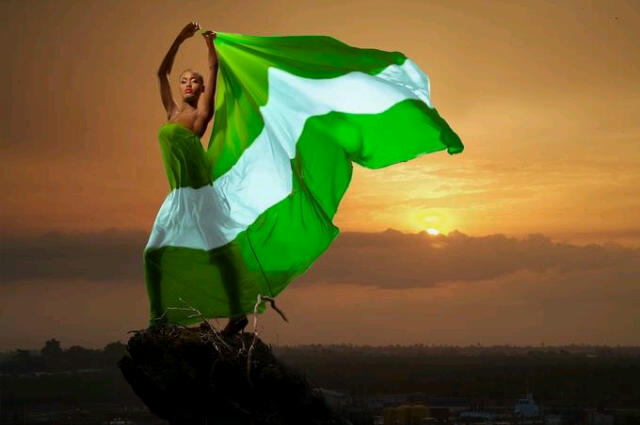 Nigeria is 55 years today as an independent country. This is good to know at least. We know as a fact that the celebrations have been low-keyed in many states. In some states the celebrations have been cancelled outrightly. This is no surprise at all because everyone knows what everybody knows. Some states have collected bailout money and they just simply “bailed” out the respective governors with the money. The governors looked for reasons not to settle their workers and real contractors as the case may be. Na another chop moni for dem. So celebrating independence could be dangerous in such instance.

President Buhari has decided to become the minister of Petroleum. He, or someone close to him, must obviously have read where we called the NNPC GMD an alternate President. He must have read some of our “epistles” on NNPC where it must be clear to all that a lot of opaque things are happening in that sector. I nor blame the man. You know it was OBJ that first understood this logic when he made himself the Petroleum minister for about 6 years. OBJ’s issues in that regard is a story for another day. Buhari would have to see the “sharks” in the Nigerian oil industry and face them with gusto. He must prepare for the attacks and generated innuendos that would soon come up. In oil business no one takes prisoners. Conscience is not a quantity to be considered in oil business. It is ruthless as it is heartless. It is becoming more and more desperate now because the crude oil price is so low that the budget as it were couldn’t be more worthy than the paper it is written. Na so o!!

You can now see what is happening to the pump price of petrol. It has remained stable. No one is talking about fuel subsidy again because the people who are in this deal are no longer in power. All na wayo wayo!! People just became billionaires out of pure nothing, naadaa!! It would now be difficult for the marketers to claim subsidy matters from the new people. Everyone now knows that crude oil price is lower than $47/barrel. On the contrary, they could be told to make refund because the initial basis of their pricing couldn’t have been on that Price. So it pays to keep quiet or else….

You know that it is government money that is funding almost everything in Nigeria. Government money is even funding the so called “foreign investors” in this country. That is the reason everyone and everything goes into overdrive once government wants to regulate how her money flows. Let me tell you what they mostly call “foreign investment” in Nigeria. All na wayo. A Lebanese or chinese or whoever, goes to the bank in his country and gets (loan) money at very low interest rate possibly less than 5%. He comes to Nigeria and starts a business enterprise. After a little while, he links up with a powerful Nigerian in government or with government connections. With that link, he is able to secure monumental loans from a Nigerian Bank to fund his business. Mind you, the monumental loan is money derived from government deposits in the bank. That is the reason he needs someone with Government connections. At the end of the day, the so-called “foreign investment” is your money being used for the advancement of the foreigner and his Nigerian backer. So where is the growth? This is just one out of many things going on. It’s just the same money, nothing new is coming in I tell you.

Everybody eye must shine on customs and the tax man  now o!!  When Nigerians start paying the right taxes for their businesses they would start getting more interested in how their money is spent I believe. Political witch hunt would not make sense again when you hear that someone is “shellacking” your own money.

I must confess that it would be difficult to stop corruption. A situation in which only the President, Vice President and a senator(Shehu sanni I see you..) declared their assets openly is a sad commentary in this country. You’ve got other Political office holders refusing to follow the trail. They want to hide all their “anticipatory” asset declarations from us. They want to chop and clean mouth. This is a serious issue to deal with. The strange thing is this: some Nigerians actually support these political holders in their hide-hide game which is quite sad. You can’t fight corruption when people hide their assets from the electorate. Let everyone declare his assets openly “make we see and analyse”. If anyone wants private life he should leave public office alone. This should be simple naa…. I tire ooo!!

Well let’s leave this gist and enjoy the independence wine for today. You know as your boy, I love to enjoy maself too. I nor talk naadaa!!…..Respect!!! Ewolewooo!!!