You are here: Home / Chronicles / Lamorde goes to court but questions linger… 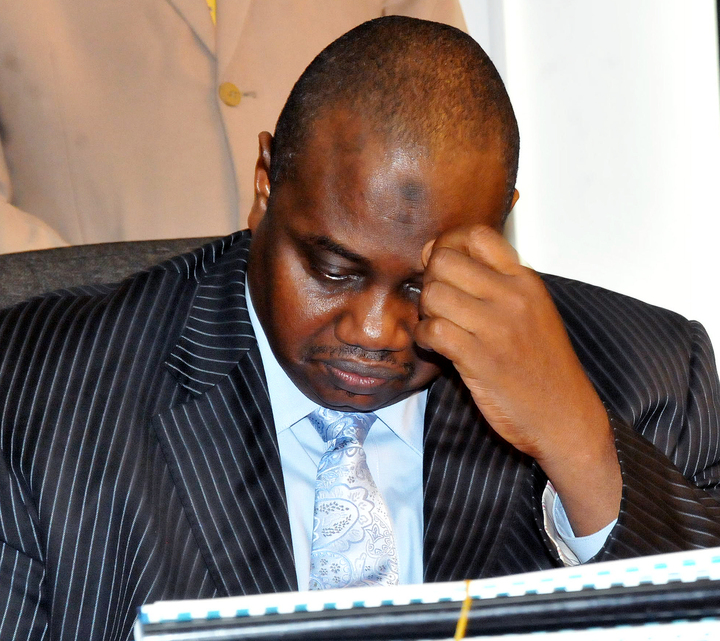 It has been widely reported that Ibrahim Lamorde has gone to court because of what the Sun newspapers reported. He wants damages of 1 billion naira because he claimed  the Sun has defamed his reputation. This stems from the report of the sun titled “1 Trillion looted funds: Lamorde, EFCC Chairman, in soup”. The man don vex nor be hia o!!

However, Lamorde should be told in clear terms that only this style would not work. About 3 months ago Lamorde arrested Senator Bukola Saraki’s wife. If you followed the media that time, the EFCC claimed that they had a water tight case against the woman. They did everything to give people the impression that they were on the case. We wrote here, that this was the  typical EFCC gra-gra. We told everyone who cared to listen that this would fizzle out the way it came. Unfortunately, it turned out that we were right on the money. The EFCC case against the woman just got blown away.

When Lamorde demurred in his usual manner of deliberate self-complications and self-sanctioned delay of high profile cases, Saraki moved in. Saraki moved in powerfully and showed Lamorde how to work. A mystery man called George Ubor, who is himself a suspect in EFCC, came out of the blues with mind blogging allegations against Lamorde.  The man claimed that Lamorde has not reported money that was recovered from the financial crime suspects. He was very specific about Tafa Balogun and DSP  alamiesiagha  cases. He said money recovered from these guys have not been remitted into federation accounts. Once the case came on board, Lamorde just took off finally from Saraki wife’s case. Lamorde bolted!!

That action by Lamorde sent a message to everyone. It sent a powerful  impression to all that Lamorde is hiding something. It was expected that Lamorde would fight this monster head-on while still pursuing Saraki wife’s issue. Alas, He just covered himself with his wife’s wrapper and left the field for saraki to walk away unchallenged. Lamorde, this is the issue.

This accusation against EFCC and their ways of manipulating the assets seized from convicts has been legendary. I still remember the case of the 419 kingpin Emmanuel and Amaka Anajemba and Emmanuel Nwude in the mid-to late 2000s. After serving his term, Emmanuel Nwude accused the then EFCC chairman Ribadu and his team of underselling his house. He made lots of allegations then but due to the fact that the man na 419 convict, people didn’t put so much on his gist then. Perhaps if he had the backing then, that George Uboh has now, the gist might have been different.  This is actually not new which is quite unfortunate.

Lamorde needs to understand that what has not endeared him to the public has always been his style. He always acts as if he’s got something to hide which a lot of people can see through. His ability to grab the headlines when arresting people and cool the matter after the show is not too good for his image. The EFCC chairman needs to either wake up or give space. He is beginning to make himself the issue and not the corruption cases at hand. Someone  should wake EFCC up from her slumber and let’s see substance instead of all the noise we have been getting from that end.

For Lamorde, just open the EFCC accounts and assets seizures data base for all see. However, that should not be a reason to delay whoever has been arrested for financial crimes. Can Lamorde do this? I doubt it.. I just hope someone somewhere would make this EFCC fight crime the normal way it should. With Lamorde still around, your guess is as good as mine…Ewolewoo!! you can follow us on twitter @Ewolewoo1