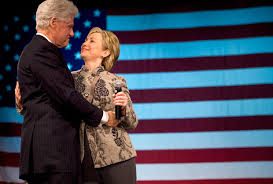 Marriage, marriage, marriage, most people want it. A lot desire it. Countless  pray for it. The truth about it is that what works is never sacrosanct. It differs (sometimes with extreme contradictions) in many cases. Using one particular example of marriage to weigh in on another one could be unrealistic at times I tell you.

The mere fact that a marriage survived well ,despite the fact that the wife  caught her hubby doing life gymnastics with another lady,   does not necessarily follow that another marriage can withstand it o!!  In another marriage, this could be tantamount to “political harakiri” which only the “UN war crimes tribunal” could handle o!!

That your marriage is sweet because you can engage in healthy debate does not necessarily follow that the other marriage can imbibe such.  In some others, debating is like engaging in “civil war” which could be ‘catastrophic’ in the least.

That a marriage can survive despite the fact that the husband and wife see themselves only 3 months in a year due to the nature of their jobs does not necessarily blend like that in others o!! Some with similar attributes could have packed up before they even knew it.

That a man is wholly being sustained by his wife and they seem happy in a marriage does not necessarily apply to others ooo! ! Some with similar situation could be in “unrelenting unrests” because of both “founded and unfounded allegations”..I can go on and on..

It doesn’t in anyway mean that all the couples involved are not good people.  It just explains the nature of human beings when they relate to each other. It is a complicated thing I tell you. Some people enjoy pains while some love to enjoy themselves to the fullest no matter what. Some people love living double-life while some are not into such.  Some people love unconventional stuffs while so many people are not in such. Human beings have their varying characters which come in different shades. So the combination of characters could set up an interesting mix that should be studied on individual basis. Na so e be !!

So whenever you see a happily married couple, please duff your hat for them. Also when you hear that a couple is separated, just wish them the best. That’s life where the answer to 1+1 is never universal. I hope it continues to be peaceful and gentle around you. Ewolewooooo!!!