You are here: Home / Chronicles / Mr President, it pays everyone that Dogara answers his name.. 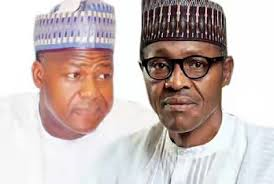 In what or which world would  someone be accused of personally wanting to appropriate 40 billion naira(about US$130 million) to himself and his cronies, yet he would still be allowed to project confidence to the public?  I don’t get a situation where someone with that kind of tendency is still allowed to tell everyone to go to hell. I don’t get it. If this matter is a family affair, what stops other matters from being so too? Dogara was so confident, that he practically told everyone that no one could probe him. This is a very sad commentary on the issue at hand.

The annoying thing is this: Dogara is not even denying it. He never said that he didn’t try to pad money into the budget for himself. He only claimed that everything he did was under the purview of parliamentary works which is covered by parliamentary immunity. This is total bunkum. This guy is nothing but a scam. How did adding money for oneself  form part of parliamentary discourse that should fall under immunity? I don’t blame him, he has seen how the system cuddles thieves. He’s been aware of how stealing big means doing big. He has noticed how things can work in your favour once you are a big time “government’s money  finisher in chief”.

President Buhari needs to understand that his critics are not interested in what he thinks they should be interested in. It is a case like Dogara, if not investigated and prosecuted appropriately, that someone like Fayose, who is a confirmed wayo-man,  would point at. It is the Dogara case that Femi-Fani kayode would pick on for justifying his thievery. It is this case that Dokpesi would latch on. This case would raise the morale of Dasuki in his own fight to justify his crookedness. No matter what Lai-mohammed or shehu Garba says, this case would be a powerful reminder from his critics, as the lopsided corruption fight they shout about. In a country where people tend to look at corruption matters in line with their individual interests, the story would sell.

It behoves on the President to allow the Police or the EFCC handle this case. If they find something criminal, it is for them to recommend appropriate charges the Prosecutors would be able to press against Dogara. The Present attempts at shutting things down in favour of Dogara woud neither do the President or the APC any good. Dogara was never in god terms with the APC leadership, how come the APC people are trying so hard to assume they made him the speaker. This is really funny.

Jibrin claims he has his facts agains t Dogara. Jibrin believes that Dogara has committed fraud. The money is neither Dogara nor Jibrin’s money. The money is for Nigerians. The only reasonable and Godly thing to do now is to open the books according to both Jibrin and Dogara. Let Nigerians see everything. The Presidency cannot stop this. APC cannot stop this. Let Dogara face his music.

For now, this is a story that would define the seriousness of the anti-corruption mantra of the Buhari Presidency. Any more false move to favour Dogara, would render the anti-corruption war impotent with people.  This is the reality. The ball is in the president’s hands. I will strongly advice he allows the ball to roll. He already has lot of problems. He doesn’t need further distractions….Ewolewoo!!