You are here: Home / Other News / MTN vs 63 ex-employees (2); Inflicting “intolerable scars” on Nigerians in Nigeria 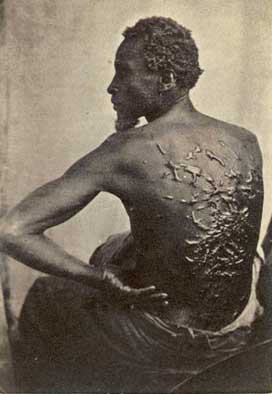 As suspected and expected the Industrial court in Lagos Presided over by Justice Adejumo, has adjourned the case of the 63 ex-MTN employees against MTN till December 10th. A case that is now taking adjournments as the singsong, this is surely a danceable song preferred by MTN .  We don’t need a soothsayer to tell us what would happen on the 10th of December, we know that we might be looking at February  ’16 for the next adjournment after that day. MTN is pushing this; the industrial court is “validating” it. This is the lot of the 63 loyal former MTN employees and their family members who thronged the court yesterday.

This is the continuous attack on honest ordinary Nigerians by MTN supported by the institutions that should help them fight this unfortunate evil but has been criminally on the “slacking mode”.  Among these former employees who came to court yesterday was Hope ononuju. This lady  sold the first MTN simcard and phone in 2001 when they just started.  She was made to believe that MTN had the greatest plans for her  which turned out to be a lie.  She was sacked with one month payoff after 8 years as a full staff!! How could that be fair? How could that be justified? Yet to rub salt on her injuries, she had a clause stating that she couldn’t work for any other place 4 years after leaving MTN in her contract.

A look at her in the court yesterday with her bible on her lap would show you the insignificance level we have been turned to in Nigeria.  MTN is diminishing her as a respectable woman and the court is speaking another language that only MTN understands. This is gradually turning to a game organized by the wicked and supported by the unconcerned.

When ordinary Nigerians continue to see a future defined by a manipulative corporate behemoth not ready to take responsibility for their actions then we have real issue. How else do you explain the case of Nicholas Obijie who is now paralysed with no money to treat himself? You can only imagine what is happening with his family,yet he worked for an organization that made and is still making billions of Naira in Nigeria. This guy is also waiting for the unending adjournments that have been their lot in the court. How that has helped him can only be imagined, yet the only winner in this case is MTN. Why?? Why the court couldn’t see through this beats me to no end. This mean mode is really a very dark one.

We have gotten to a stage in Nigeria where the institutions of state are not only supposed to protect the rich and powerful but also should protect the ordinary and honest Nigerians. We have reached a threshold in the system where people just feel that they can roughrod the people below them  and nothing would happen. MTN seems to believe in this stuff which explains the constant push for adjournments.  This is deliberately being promoted by MTN to wear-down the former employees in their quest for justice. The significance of Nigerians being shabbily treated in Nigeria goes far beyond the realm of just this case.  It is more fundamental to the totality of being Nigerians.

No one is asking for unfair advantage for a Nigerian, however, the respect due to any countryman in his country must be accorded to a Nigerian in Nigeria.  For the 63 former employees, MTN has not accorded them such in anyway and manner.  The sad aspect is the unwillingness to act by the institution saddled with correcting this anomaly. They are allowing MTN to continue  with the delay tactics in the court while still claiming they’re following the law.

This issue would always be kept alive in every way we can until someone in that closed office of MTN understands that People are the bedrock of successful company. The game is still on… Ewolewoo!!!