You are here: Home / Chronicles / We neva forget oo!!! 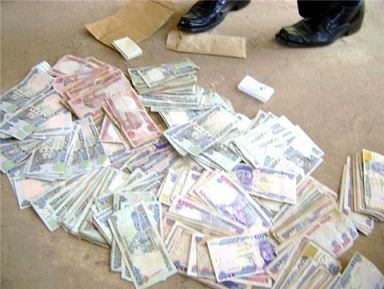 In case someone has forgotten, there was an allegation of non-accountability of about 20 billion dollars of oil money by the NNPC during the last administration. That serious allegation has been left open to lots of interpretations. We need answers or we need the money. This cannot just go up in the air.. If the allegation is wrong, then the person who made the allegations should apologize and charged with “seditious perjury”(if I fit call am like dat). If it is correct: where is the money?

In case some people have developed reasons to claim amnesia, subsidy has been banished and seen to be banished in diesel oil sales for close to 4 years now. The pump price of diesel has been around #150/ litre or above. The question is simple; where is the money that has been saved due to this? Or are we saying no money has been saved in this instance? We need answers I tell you..

In case someone somewhere is developing reasons to forget things. There was a serious allegation of misappropriation of 27 billion naira pension money by a deputy director in the ministry. This guy was protected by the government at that time. He’s still in the ministry as we speak. We need answers or we need the money back in the federation account. Keeping mute on this is out of the question.

In case someone has developed reasons to keep mute, there is still subsidy on kerosene though we all buy kerosene at N150/litre. Who is collecting the money? Whose account(s) is/are getting richer by the day? It’s still ongoing as we speak so no stories….

Soludo estimated that over 30 trillion naira was misappropriated. He provided figures. He came out with statistics. He gave facts. He is still alive. We need to know what happened to the money. He should be called out to point to the more specific areas since elections are over. Where is the money? I know what I would have done if my bank manager mentioned this to me..

Success or failure of this administration cannot be divorced from the ability of this government to recover these funds.Without sending this tough message: it is “ajuwaya” (apologies to corpers! !)..

Still remains your quiet friend on the sideline.. Ewolewooooo!!!!!