You are here: Home / Chronicles / Nigeria: Let’s catch the thieves…. 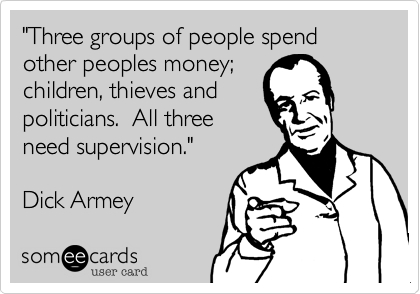 Dateline: June 2015 in China, a very top official Zhou Yongkang was sentenced to life imprisonment for corruption. This guy was a very powerful figure in the communist party in a country of over 1.5 billion people. He was jailed for taking bribes of how much? 13.4 million dollars I tell you. This was a guy competing with the president of the country on influence. He was the third most power man in that country. You know what? He was jailed for thievery…End of story…

China knows too well that in a country of so much population, corruption would be the albatross. China knows that the US$13.4 million that was solely pocketed by the man would have done a lot for over 100,000 people in quality healthcare and education. China knows the dislocations that would be created if such is allowed to fester in that big country. China is dealing with it…

Navigate your mindset to Nigeria and you would marvel at what is going on. Mr Oransanye, a former head of service, who is in court for misappropriating 2 billion naira(about US$9 million) has been granted bail on “self-recognition”. Infact he got the ‘ bail’ before the actual bail. He had already been set free without any conditions before the actual date for bail because his lawyer said the “prisons conditions are very bad”. Pronto! The judge agreed!! Big man nor suppose go prison for naija….

Sule Lamido, the former governor of Jigawa state, has been granted bail in a case of pure “chopping” of 1.3 billion naira(about 6 million dollars) of his state money. Please take a trip to Jigawa state, you will weep when you see the conditions of the people. Yet this same man is enjoy bail on ‘’self-recognition’’? This is a generic story across the land.

China has shown us in clear and specific terms how to catch thieves. Cuddling thieves because they are big men with public money is not an option. Being too nice to guys whose only claim to prominence and riches has been their ability to be close to our common wealth makes no sense. We must learn to treat our thieving officials the same way China treated Zhou Yongkang . Justifying stealing or trying to confuse the meaning of thievery has been our lot. Let us catch the thieves….

Buhari has no choice as we speak. His primary responsibility to me, to you and to everyone is to collect the money that he couldn’t see. He has taken a mantle of leadership that demands that monies must be accounted for. He is sitting on a chair and writing on a table that want those “trillions” returned and return they must. He has gotten to a point that demands that he either collects the “missing money” or he “ invents” the money from anywhere into the account. Giving mixed or convoluted messages is not going to work. Wakis is wakis. Chopping is chopping. An Ole has no other name than ole. An ony’oshi doesn’t have another name… neither does a barawo… …..Buhari must be ready to catch thieves!! That’s his brief..

Let’s just stop the big grammar. Robbers are in the house biko!!……I nor talk naada!!! Ewolewoooo!!!!