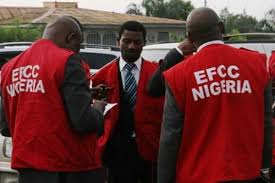 Yesterday the managing Director, Yemi Adeola, of Sterling Bank was arrested for what I will essentially call money laundering accusations. He was accused of  collecting another US$88 million from Mrs Deziani Allison Madueke(the former Petroleum Minister).  This money was meant to be distributed.  Mind you, the Managing Director of access bank, Herbert Wigwe is also in the EFCC ‘guest house’ for essentially  the same reason.  This is a new reality we are getting used to in Nigeria.

Banks are not doing the business of economic growth anymore; they are mostly into the urgent business of money laundering. They mouth the fact that they want to grow the economy, instead, what we see is the reverse. When the Managing Directors of Banks start becoming “bullion vans” for illicit money from politicians, then you know there’s trouble.

If you have been following this blog, you wouldn’t be in any way surprised. I have always said that there are no economic activities in Nigeria other than sharing of crude oil proceeds. It is a pyramid structure we’ve got. The closer you are to the top, the easier it is for you to get a handle on part of the money. This has been the economic formula that we’ve been used to all along.  Once the crude oil price crashed badly, it exposed all the undercurrents of a “mafia style economy” that we’ve got.

I wrote earlier that Nigeria economy survives (or breathe) on corruption money. Little wonder the whole economy melted down once this aspect of corruption is being tackled. If you are looking for proofs, the present issues with the Banks M.Ds should give you an idea.

To Adeola, dealing with a company like P.Z industries is a waste of valuable time if he could easily get   US$88 million from the minister at a go. For Nnamdi Okonkwo of Fidelity bank, checking on manufacturing  firms  that need urgent cash injection would be a tall order if he could get  US$115 million  at a go. I could say so for Herber wigwe of access bank. Do I blame them? Nope!!  That is the business environment that has been created by our free oil-money-spending-politicians. This is the economy that we have been running. An economy based on no other inflow except the crude oil inflow which has been deliberately laundered with so much wickedness and hate.

The magnitude of slush funds dollars was so much that giving bank M.Ds raw cash was not even enough that some had to be physically transported out in private planes. An example is the 9.4 million dollars, carried by pastor Oritsajafor’s plane that it took the South African authorities to expose. This is to confirm that we made good money sometimes ago but we refused, due to our meanness, to use it for everyone’s good.

Like I have always said, this is just the tip of the ice berg. As the situation unfolds, we would be so shocked to understand that individuals could make such money by just being in Government or close to Government.  Wahala dey o!! Ewolewoo!!