You are here: Home / Sport Mattas / Nigeria Football: A lesson in self-denial 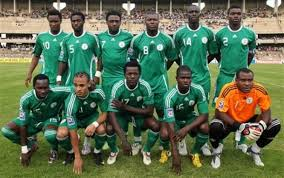 Nigeria football is in a complex state of abdominal decay. The problem is this: We still believe we are up there. We are in self-denial mode. I really don’t get it. This is far beyond Oliseh or any other person. It is just the way it is..

I remember a match I watched, many years back in Ibadan, between Nigeria and Cameroon in a 1990 world cup qualifying series. Then, the super Eagles paraded the likes of Stephen Keshi, Etim Esim, Richard Owobokiri, Samson siasia and of course Late Rashidi Yekini among others. The Cameroonian had their stars too. Do you know what? We beat them hands down. It was 2-0. Another match was Nigeria against Burkina faso in 1993, where we trounced them 7-1. That was the match that brought out Finidi Gorge and Sunday Oliseh. Then, watching super Eagles was enjoyable. A team endowed with flair and individual creativity. After the mid- nineties football revolution; merchants, money-lenders and traders zoomed in and calamities ensued thereafter…

Fast forward it to now and you would marvel at the extent of the decay. The basic structure that allows the production of stars have been either compromised or outrightly destroyed. That structure that produced a Stephen Keshi is just no more. That structure that produced a Samson Siasia has been obliterated. The structure that gave us a Rashidi Yekini is resting in the museum. What we have now, are officials who are looking at players as commodities to be dispensed at any market. They just want money and nothing more. It doesn’t matter if the player is good or not, just push him to any Nigerian club, then to any of the national teams if you can. Once that is done the player is ready to go to Malaysia, Malta, India, Tunisia, Sudan, china etc, end of story!! How can you win with these rookies?

It is a fallacy of the highest order that a match between the Super Eagles and Djibouti or Swaziland is a walk over. For wia? What differentiates our players from theirs? The other day the under 23 national team of Congo came to play with us and we were very lucky to escape with 2-1. You can pick 3 marquee players from countries with football flair, but you would struggle to do the same in Nigeria. The answer is simple: We don’t have.

The problem can be solved once the people, who are managing our football, become interested in growing the football. They should forget about their bank accounts and face football in the first instance. NFF should be ashamed that for the past 3 years no Nigeria club has qualified for the African champions’ league mains. They are always falling by the way side. This was unheard of.. It is just how much they can make and nothing more. Everything can die, e nor concern dem..

Once the NFF and the state administrators think less of money before Football, then we would move on. Without doing so, we would still be struggling with Niger, chad and those countries that should have ‘’withdrawn’’ on hearing our name. Our football is fast disappearing, while our determined self-denial attitude in this regard is even sending it more into extinction. Someone somewhere should wake up…..Ewolewooo!!