You are here: Home / Chronicles / Nigeria Judiciary: A sanctuary for the rich and mighty. 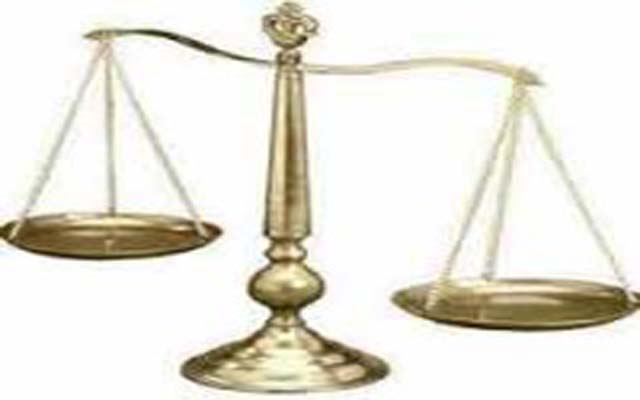 I remember Charles orkah, the brother of Jailed Henry Orkah, was taken to court the other day on terrorism charges. He decided to  ”ënd it all”  by trying to commit suicide right in the court. The guy was already tired. He was being kept in horrible conditions in the prison. His medical condition has so much deteriorated to the point of “self-expiration” .  The prosecution has done everything to make sure that he is alive but not living. The court has validated that angle in his case. He is not a rich man nor a high ranking government official. Notin for am!!

Mind you there is a senator called Ali Ndume who is charged for Terrorism offence too. He is being charged for his association with Boko Haram. The man as we speak is holding a big position in the senate as the majority leader. He has been given permission to travel abroad for “personal stuffs”. He is regaling us with “swagger” as we speak. The man is as free as a butter fly. The judiciary is his friend.  Big man good o!!

We have another case of Sambo Dasuki; this was the former National security adviser. The Government people said he has committed “serious infractions”. He had gone to court to tell us that he would want to travel abroad for medical reasons. The court ,as usual, has obliged him the opportunity of getting his passport for such purpose. He is  a “big man”  and the fundamental human right of a “big man” must be respected  in Nigeria. That is the matter.  He is not like Charles Orkah that should be made to rot in jail, he is Sambo Dasuki. The judiciary in Nigeria takes this very seriously.  You can see why being poor is a curse!! Wahala dey o!!

The problem is this: everyone is seeing what’s going on. The new generation is observing these blatant inequalities which have permeated the system.  A system that cuddles the rich but crushes the people under.  We have a system where the meaning of justice depends on the social status of the individual involved. It is the reality as seen today.

We just hope that one day; some people would be less interested in their bank accounts alerts during cases than the cases themselves. For now as I opined in my earlier post(s): Go and get rich or get yourself in powerful Government position. If not: To your tent…… Ewolewoo!!!