You are here: Home / Chronicles / Nigeria Politics: Why People must die or nothing… 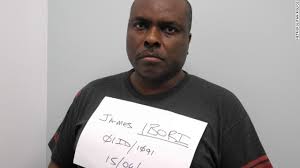 James Ibori, holds both British and Nigerian passports but I can assure you that the last place he would want to play politics is in the UK. He is a billionaire because he is a Nigerian politician. He was discharged and acquitted in Nigeria for the same offence he is now serving terms in the UK. Why wouldn’t anyone kill to be a politician and attain such billionaire status here? Who be yeye wey dey smell?

Dokpesi accepted that he collected 2.1 billion naira from Dasuki and do you know where he is now? He is in his house enjoying himself with his wives. Why would you say Politics is not good in Nigeria? Why wouldn’t anyone kill himself to attain such height? Dokpesi knows, as all of us do, that he would never get that kind of money, just like that, if he were not in Politics. He knows that he can bribe judges and get the best SANs who would shout “rule of law” whenever any one tries to make live uncomfortable for him.

The senate President(Bukola saraki) is a very  rich man. He is not a businessman. He is not an industrialist. He is not a hi-tech merchant. However, he is a billionaire. How did he become a billionaire? Through Politics. With that kind of money he can buy “loyalties” from anywhere. With that kind of money, to try him for a simple case of corruption is very hard because supreme court must judge. Imagine that!! Why would people not kill for politics? Why? Where and how else can you get such money or influence?

Sule Lamido(the former governor of jigawa state), came to the state and just stole any available money he could lay his hands on. He stole, stole and stole. Do you blame him? His predecessor, saminu Turaki, did same so there is a pattern. Both are now billionaires. Sule lamido is on bail after wickedly raiding the treasury of the purse of the poverty stricken people of  jigawa state. He is having nice times with his wives I can tell you. Why would I not kill to attain that position? Why would I not kill to be part of that club? Why would I not like politics?  What kind of work would give me such money? Who is a fool?

Sambo Dasuki, a former colonel in the army whose father was dethroned as the sultan of sokoto, saw an opportunity to make up time lost in politics and he grabbed it. Did it pay him? Big time brother!!  He made the kind of money, his more influential father in his days, would only dream of. The man is a multi billionaire in his sitting cell waiting for the “rule of law people” to force his release from prison. He was in the army for decades but what he made within just 3 years of being the NSA would make him regret his “wasteful years in the army”. He made so much that he was “dashing” money to anybody who caught his fancy. Yet you tell me people would not die for politics? Pleaseee!!!

Timiprye Sylvia knows what he is missing by not being the governor of Bayelsa state. This guy was just a personal aide of  Dakoru(the amanayabo of brass) during his days as OBJ’s junior minister for petroleum. He became governor after Jonathan became VP and be “blew”. He became a billionaire. A very big man for that matter. What other job are you expecting him to embark on that would bring such humongous money? Tell me? Why would people not fight? Why would people not die for politics?

Everyone sees the way big lawyers fight tooth and nail to extricate big time rogues. We are all witnesses to the method the judges device in protecting high crime crooks. We see “rule of law” being elevated to crescendo whenever politicians who are high-calibre robbers are being rough handled. Why would I not kill to join that kind of “protected club”? Dying to fight to protect such a privileged caucus is a fair game to many people. Going for a paid job(9am-5pm) that would not guarantee a life of opulence cannot be a choice. Living in poverty is hardly an option. People see what is going on and they believe they want to die fighting to be there. That is the problem.

You can blow all the superb grammar you want but so long as people continue to see politicians, who stole to the point of rightly being charged with treason, walk freely. They see these politicians being granted friendly bail terms. They see high-end lawyers call for them to be “respected”. Then, in politics and for politics,  dying or nothing could be acceptable norm.. Na you sabi oo!!

Hope it remains peaceful and gentle around you….Ewolewooo!!