You are here: Home / Chronicles / NNPC workers on strike?? 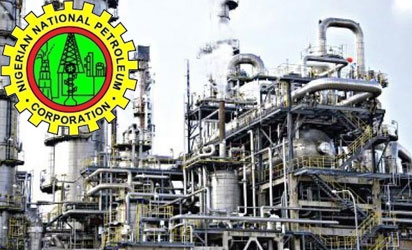 The nation was awoken to the news of NNPC workers, under the aegis of NUPENG and PENGASSAN, going on strike. Yes, they just called it off but it is ridiculous. The whole essense of it is blackmail.

They are trying to force the government’s hands in this volatile period of oil price instability. They are said to be uncomfortable with the unbundling or restructuring about to happen with the organization. They are all scared of their jobs.

Personally I have no pity for NNPC or their management in any form or guise. This is an organisation that is opaque in its activities. This is a government agency that is government unto itself. This is an organisation that epitomizes the meaning of grand heist of national resources. For the past 16 years NNPC has no audited account nor do they have verified sales input of crude oil to the government. They sell crude oil and determine what goes into federation account and what they’ll keep into theirs. This is a government agency remember?

In case you don’t know, NNPC is totally in charge of an upstream exploration company called NPDC. In the last 10 years, no one except the directors in NNPC, knows what they produced or the sales inherent in their crude oil sales. NPDC produced and the proceeds disappear into God-knows-where yet it is supposed to be a public company. If this is not plain thievery, please tell me what it is.

To tell you how powerful the company is, once any GMD of NNPC is found culpable in anything, he/she is quietly removed or retired. In other saner climes, Prison should have been the destination of these individuals. Ofcourse no one wants us to hear the amount stolen in the court, as it could cause a 9.0 scale earthquake, so he is just told to leave quietly. This is not a company but a blood-sucking organization infested on Nigerians.

You only need to ask many international oil companies about the activities of NNPC henchmen on negotiations for any major project. If their interests (not Nigeria interests o!!) are not taken into account, the contract would be unduly delayed or just allowed to rot away in some directors  files’ rack. If you want an example, I will give you a very recent one. Ask TOTAL about what caused the delay in awarding the EGINA project; you would hear tales of greed by the NNPC guys. This project was delayed for about 4 years before award. Imagine what would have happened if it had been sorted out much earlier.  A project which should have been completed much earlier, yet still running , but has fallen into the period of low crude oil price. This has made the economics of the project very tenuous.  NNPC was the cause!!

NNPC does nothing in advancing Nigeria or Nigerians interests. They are scared of losing their jobs, but many Nigerians in the oil sector have been laid off by the oil companies yet expats are still on  prowl in Nigeria.  See the selfishness?? Once the “Ogas at the top interests” have been taken care of, nothing else matters.

If you enter the downstream it is the same greed everywhere in that organisation. Sometimes I feel Nigeria serves NNPC and not the other way round. When you talk of petroleum marketers, you are talking about frontmen for these guys. In short, that organisation is poison to the collective intelligence of the country. Why it is still remaining as it were baffles me to no end.

Petroleum scarcity would continue as far as NNPC is fighting to remain relevant. We would never get the actual sales of crude oil as long as NNPC and her supporters in the media continue to play into this strategy of keeping the company as it is. It is a company that has passed its time in the evolution of things. Just the same way NITEL went into extinction, NNPC should be allowed to follow the same path.

With NNPC, Nigeria is just making a few billionaires at the detriment of the majority. I hope Nigerians and the government would one day develop a way to end the blackmail.  Ewolewoo!!