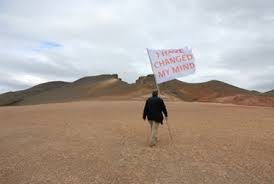 Why would a man still believe that the friend he left in Owerri , 15 years ago when he travelled to Sweden is still the same guy? Why?? I do not get it.

Late Nelson Mandela was in prison for 27years yet some people expected Winnie (his wife then) to still be the dutiful wife she was 27years before..Naaahh!! It could happen, but the chances are so slim that it’s better not to think of it. Once you are out of the picture, you are out I tell you. With some measure of determined pressures, cracking is imminent. We all know the moralist talks but we also know better.

A man married a lady when he was the CEO of a bank and in less than a year he lost that position’. The wife changed because she married him as the CEO. I tell you, It would take the grace of God for the lady to still remain same I won’t lie. She never bargained for that kind of reality my people. E go tight o!!

A man travelled to Holland in the 90s,after sometime, he started sending cars to be sold by his ‘dutiful’ brother with instructions that the proceeds should be used to buy land and build house in lagos.For wia!! Money we nor see, house we nor see. We are talking about his blood brother here o!! This man from holland has been sent to the land where the victims of fraud are assembled by his own very brother.

It only shows something: Human beings change based on present realities around them. A good man can turn bad and vice versa. So study the realities around an individual before you place your trust. No matter what a man present to you, or how you used to know him, please know his present status before you talk about trust . It could be the difference between sanity and insanity. Before, before na story o!!! Ewolewoooo!!!!!