You are here: Home / Chronicles / Petrol scarcity: The options are fast dwindling… 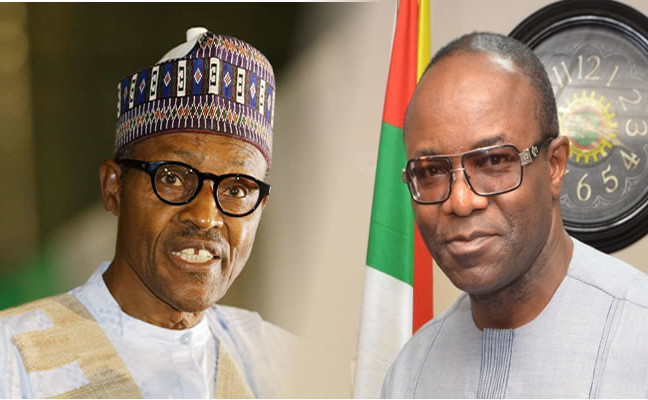 The President and Kachukwu have to determine if they want to solve this petrol scarcity or not. The opportunity to waffle is fast thinning out.  It is either you do “deals” with the NNPC and NUPENG or fight a “dirty gutter battle” with no prisoners taken with these guys.  Any other way would never work.

When I wrote the last article on this fuel crisis(http://ewolewoo.com/fuel-crisis-kachukwu-thinks-exxon-mobil/ ) I actually thought that Kachukwu would prove me wrong. Infact I prayed that he proves me wrong. I have sadly found out that I was right and have been right as always.

Kachukwu obviously loves his work as the GMD NNPC. He also loves the fact that he is the minister of state for petroleum. However, he has failed a critical test in handling public affairs. Talking too much without any achievement makes no sense. He promised to settle the fuel crises on the 6th of April, but he failed. He failed woefully.  I predicted that he wouldn’t accomplish it ,and sadly, he didn’t. The queues are still there and the people who are causing the scarcity are as determined as ever to make it a continuous stuff.

President Buhari as the Petroleum is wary of them. Kachukwu as the GMD of NNPC and junior minister of petroleum  has been consumed by them. The oil industry in Nigeria is like the drug cartel. Morality has no basis in Nigeria’s oil industry. Sanity has been lost in the industry. Accountability is a “dinosaur animal” in Nigeria oil industry. It doesn’t matter if it is upstream or downstream; it is a cartel that can only be likened to drug cartels in South and North America. It is a deal making business where the options to negotiate “public good” is always secondary. You deal with Nigeria oil cartel the same way you deal with Drug cartels.

Now how do you fight the drug cartels? How? The way the drug cartels are fought is the same way you have to fight the oil cartels in Nigeria. You can either negotiate “deals” with them or fight them. There’s no middle ground in this instance. Trying to look for middle ground is a waste of time. The subsidy restoration is not the only grouse these guys want, they want money. I mean real money.

I would say it again:  It is either Buhari fights these guys  or enters the gutter trenches with them. Like I said earlier this could be real battle of wits. NNPC is holding Nigeria’s scrotum. The corporation has become a state within a state. The mere fact that no one in NNPC has been prosecuted for all the  extreme infractions that we’re  all aware of in the oil industry should speak volumes.

You can never solve this petrol crisis the way it is being handled. Jonathan, with far more money, allowed “deals” with the NNPC cartel. It still didn’t stop their greed. I don’t understand how Buhari feels that his present “cuddling actions without concrete allowable deals” would make these guys sensible.

Anyone close to kachukwu should advise him to do something: Stop talking!! He is rapidly turning himself into an ‘incurable nuisance’.  The queues would not abate until the government do deals or fight dirty.  It is as simple as that….Ewolewoo!!