You are here: Home / Other News / PHCN,DISCOs: Sharks and dragons on the prowl!! 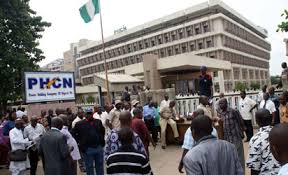 People are complaining of PHCN tariffs. People are screaming that the electricity bills they are receiving are killing. Infact any bill from any of the PHCN(DISCOs) almost always generate HBP from  many of folks.

It is unfortunate that we are in this mess. Will it continue? I am afraid it will. The bills would continue to be higher and higher. That is the nature of government business turned Private business in Nigeria.

Let me give you a background to the problem that you are encountering. When government decided to open up the distribution networks of the power system to private entrepreneurs, it was a good idea. However, as you know, it wasn’t done with good intentions.

The individuals who promoted the distribution companies were individuals fronting for many of the government officials. They all just came with their brief cases and suits and nothing more. No structure, no technical competence, no money, nadaah!! They are just businessmen with the right connections as fronts. The idea was that, once they were given an area to manage, they would just go there and start making money from collection of bills. They just wanted to act as collection centres.

When they eventually took over, they saw the monumental problems already embedded in PHCN that overwhelmed them. Since they never had money initially, they approached government  for bail-out( or is it subsidy?). Believe it or not, Jonathan was giving these guys money to still run their supposedly privatized business of power. It was easy because of “paddy-paddy”. Oil was still selling well so dispensable funds were available to help them out. Remember they never had nadaah!!

How many times have you ever seen these people (DISCOs) come to an area to change an over-loaded transformer? They are supposed to be privately run so it shouldn’t be an issue. They wouldn’t bother with this because that wasn’t the model idea of the business in the first place.

Just as I was saying before I digressed, These guys were always getting  “bail-out, subsidy or support money from Jonathan’s government. However, oil price fell and Jonathan lost power, they are left on their own. They never came into this business to run it with their own money in the first place. No one ever heard of any foreign money inflow to support them. They all hoped on government money. Now that it is not forthcoming, they have faced you and me. They wouldn’t pity us I can tell you.

They need money as we speak. They never had money before. Buhari doesn’t understand why he should give money to a privatized venture.  They are not used to that mind-set. It is a business of shoot now, aim later. They are in a quandary. We are bearing their brunt.  That is the story when you continue to allow paddy-paddy guys to buy off government concerns. We would always bear the brunt.

No matter how much you want to protest, your bills would always go up. You are not dealing with guys whose initial idea was to improve power; these are guys who came to just collect money with government backing. Now that  the “government backing” is no more guaranteed. They have no personal money to fall back on. Your money is now the target. With greed, they will always want more.

What can government do in the short run? I am sorry it is very little. Unless government gives them money to operate, nothing else o!. What can government do in the long run? Re-open the bids into many of the so-called DISCOs areas and Transmission areas and make them more transparent. You would have people with the required money and technical resources to come in and participate from home and abroad.  This is the only way.

The way it is now, we would continue to be saddled with “sharks and dragons” as we are presently observing…Na so e be o!! Ewolewoo!!