You are here: Home / Life Experiences / POS points: You have to be in charge of it 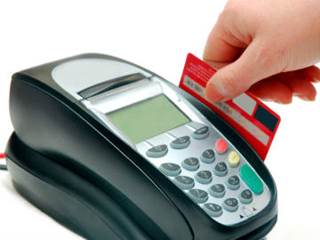 I have a distant friend who decided to set up a fast food outfit in Enugu. He set it up with so much fanfare in this case. He made sure the outfit had a good ambience in a very marketable location. In his mind, he felt he had achieved his aim of starting a business that could grow to MacDonald. In all fairness, it should be a profitable business because people must chop food nah.

The story neva finish: One day, he just landed Enugu and closed down the place after about 9 months. Wetin happen? The cashiers at the point of sales are not remitting the money. Yes there were customers but the money was not commensurate with the flow of people. He was just losing. Since he wasn’t a politician, government official or someone who grew up with people who could back him up with unlimited and unsecured bank loans, he had little room to manoeuvre. He had to close and run for dear life before e go caput. I know a lot of people would be familiar with this kind of issue..

Until 2001 when the telecom sector was fully liberalized, many Nigerians never knew there was so much money to be made in telecoms. Yes, we had an idea that some good money might be there but many of us never believed it would be that much. The problem was simple: the point of sales of NITEL was an all comers affair. People were just collecting money that should go to NITEL as their own. It wasn’t initially felt because NITEL had federal government grants. When the grants disappeared, the hullabaloo of the ‘POS’ scams at NITEL just came out. NITEL accounts were controlled by different Ogas, so NITEL as a company nor get Naadaa despite the entire crowd. It just went bankrupt under competition.

You would find out that the first thing that MTN did when they came on stream was to control the point of sales issue by making sure that people bought credit cards. This allowed all the money being collected to go to a central source. This helped in no small measure the ability of MTN to collect money and do proper estimate of their sales. They made sure that they continuously improved on that basis to collect as much as possible what their business was worth. If they didn’t do so they would have gone the same way of NITEL(or was it MTEL?). The point of sales, I mean the point of money collection, is the encapsulation of all the handwork that is being done in any business or endeavour. Fail that point, and it marks the beginning of the end.

Let us now relate it to our state of affairs in Nigeria. We have our main POS points at the crude oil points. How are they managed? Are we getting the full gist of the total quantity and sales? We have the POS points at the natural gas terminals. How are they being controlled? Are we getting the full gist? We’ve got the POS at the customs points. What is going on there? We are supposed to be raking in good money from the customs too. How about the POS at the tax points (even the VATs)? Wetin dey happen there? What is going on at the solid minerals angle? Some people should understand that we sabi wetin dey happen dia too. We need to know the full gist. We are losing so much to individuals than we know. I can go on and on…

On a lighter mood but personal level, it’s advisable to avoid what happened to my Enugu friend by insisting that payment of goods is made to your people with ATM cards on tagged POS points. It could also happen with any other non-cash method with appropriate receipts issued. This would be invaluable in areas where your presence or trusted aide presence cannot be guaranteed. It could be the difference between moving up or even crashing in a community like ours where the sight of money brings up unexplained “demons” in otherwise nice characters.