You are here: Home / Chronicles / Premium Times:How to “pad” the Nigerian budget and be a billionaire 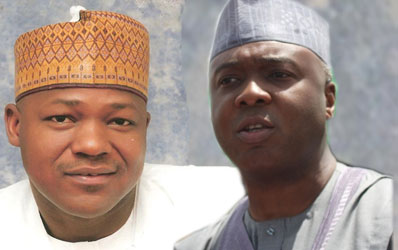 The public row between the Speaker of the House of Representatives, Yakubu Dogara, and his erstwhile ally and former chairman of the House Appropriation Committee, Abdulmumin Jibrin, has provided a glimpse into how lawmakers routinely make billions of naira by inserting fictitious projects into the national budget each year.

Nigerians have been appalled at the scale of alleged fraud perpetrated in the National Assembly, as revealed by Mr. Jibrin.

PREMIUM TIMES’ digital lead, Emmanuel Ogala, who covered the National Assembly for years, compiles some of the spilled secrets that summarily highlight the many ways crooked lawmakers steal from the nation’s commonwealth.

Here are 11 steps to get rich quickly through the budget:

1. Get elected into the National Assembly –you can go to Senate or House of Representatives. It doesn’t really matter.

2. Be a good friend of the Speaker or Senate President, and the respective chairpersons of appropriation committees. That is the legislative committee that vets the budget.

3. Think up some flimsy projects – say, boreholes to provide water for your poor constituents. It is called constituency project.

4. Look for a government agency or ministry that can smuggle that project into the budget for you and lobby the target Minister or DG. Of course the respective committee chairman in the National Assembly must know.

5. Set up a company. Or get your spouse, brother, sister, or loyalist to register a company that can execute your chosen project.

6. Plead with the chairman of the Appropriation Committee to edit the budget and include your project under the agency or ministry that you lobbied. Because budget figures are usually large, this may seem like adding a cup of water to River Niger. If appropriation chairman refuses to play, lobby the Speaker or the Senate President.

7. Say ‘aye’ on the day the budget is put up for debate. (This step is not very critical. You can decide not to show up and it will be bundled with the entire budget and passed. Almost all of your colleagues are in it.)

8. After the Ministry of Finance has released funds, approach the head of the agency to award the contract for your project to the company in #5. Most heads may require their share upfront. You can’t trust anyone in this business!

9. The company gets cash deposit from ministry or agency. It is withdrawn and handed to you. You can share with anyone that helped the process, but you’ll sure retain the bulk of it.

10. Sink a borehole in your community with a very tiny fraction of the money and call national TVs to come cover the “commissioning of your constituency projects”.