You are here: Home / Other News / Presdent Jonathan sir, is it true you formed the Niger Delta Avengers?? 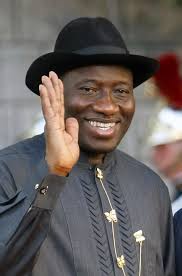 Make no mistake about it, the militants’ activities are debilitating to the economic survival of the Nigeria state. Any attack on oil facilities should be construed as an attack on Nigeria. Nigeria lives on oil. Nigeria, as it is presently, cannot survive without oil. People can postulate as they like. It is the fact.

Whenever you hear Federal or state Governments owing their workers, the reason is the crude oil crises. With the activities of the militants, it has taken a far more complicated turn. Once they attack a pipeline, in my own estimation, they take away the allocation of at least 2 states for the duration of repairs to the pipeline.  Mind you, these allocations are already reduced due to low crude oil price. With the bombings the reduced allocations are technically taken out.  Of course you know the consequences of such on the states. There would be no salaries for the workers. The contractors would not get their money. The confusion would be really palpable as currently seen.

The accusations against  him are grave. Anyone who support  or help the militants in anyway couldn’t have done a better job in dismantling Nigeria as a country. Anyone who supports the vandalization of pipelines in a country that survives wholly on crude oil does not need to pray for the failure of Nigeria state.  His actions are doing a better job. Attack on any oil installation, is a direct attack on the survival of Nigeria. This is the real fact on the ground. It is in everyone’s interest that the oil installations are preserved. These continuous attacks are nothing but calamitous on all Nigerians. President Jonathan has to come clean in this regard because it is a life and death issue.

Nigeria economy is haemorrhaging due to crude oil price drops. With the militants in tow, the economy is now in comatose. The accusation against Jonathan is serious. It pays if he comes out clean. This is helping no one, certainly the unpaid civil servants in Bayelsa, Abia,Imo, Niger, Pleteau states among others would agree. Dr Jonathan, the floor is yours…Ewolewoo!!