You are here: Home / Chronicles / why do our Public officers hide their health conditions? 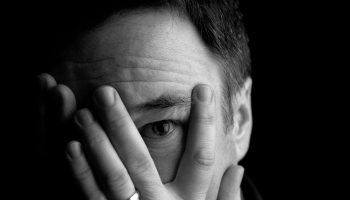 A couple of days ago, Jimmy carter, a former US president came out and announced that he has brain cancer. He did not stop there he further said that he would start the chemo treatment later that day. He announced it and the heaven did not fall. He felt he owed a responsibility to the American public to tell them what has been happening to his health. He didn’t feel he has to hide it nor did he commission anyone to give conflicting statements about his health. He did it himself.

The present American secretary of state, John Kerry, broke his leg during a bike ride and everyone was informed. We all saw him with his crutches afterwards. The heaven never fell. Life still went on. He knew he had the responsibility to let the public know the true state of things.

Ask any Nigerian what killed his former President  late Umaru  Yaradua(R.I.P)? He would just mention any kind of terminal illness that he could imagine. He would quote all the “quotables” . However, the truth is this: He knows naadaa!! Yaradua died of terminal illness, yes, but the nature no one knew. He never told anyone and his family never even bothered to let us know. To tell you the disdain they even had for the public, they made sure Nigeria was being ruled from his sick bed. No one knew anything till the man died. Channels television people would tell you better about their wahala…

How about our Former first lady, Patience Jonathan? As I am speaking, no one can tell you the ailment that resulted in her being air lifted on medical emergency to Germany. Infact, reporting about her illness then was like you were against the Government. It is only in Nigeria that reporting about public officer’s health condition is almost tantamount to treason o!! Why is it so? I nor no!!

The same with the former military president Ibrahim babangida and his late wife Maryam(R.I.P) I tell you. No Nigerian can tell you with certainty his(IBB) subsisting ailment or the terminal illness that unfortunately killed his wife.  IBB never told the public and he felt he had no reason to tell us.That’s the system here o!!

Why it is so difficult for Nigerians who are  still taking care of the public officers ,whether former or present, to know their health conditions is still a funny side of our polity. Na we dey  take care of dem, but dem nor want make we know how far? This is something that needs to be addressed. It further shows the disdain they’ve got for their citizens. The citizens should be the key as Kerry and carter have shown. We need to insist on this fact.

I really wish Jimmy carter well in his battle with this disease. On a lighter mood, I hope we have checked ourselves too ooo!! Nor be small tin o!! Ewolewooo!!