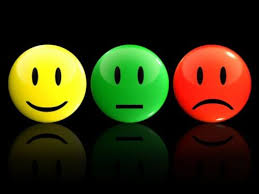 People change and that’s a fact.The mere fact that you picked a “nice” guy literally from the ‘gutters’ and married him might not necessarily mean that he would be that nice if he hits his first million in the marriage. Marrying you at that point might be out of survival necessity. Once the “survival calculus” is solved, it could be different I tell you.

Marrying a “lady in need” might not necessarily define love I tell you.. At that point her “needs” could mean the difference between life and expiration. She could be different once the “need” is resolved o!! Na so e be my people

Your very good friend 10 yrs ago in Owerri or Ibadan might not be as friendly these days in london or new york because realities have defined new association. The realities that defined the “good” friendship of yours in Ibadan or owerri could be so different from realities in London or New york. Things could have changed o!!

Taking a woman out of Ajegunle in lagos to chicago in illinois might not be the same thing o. That ajegunle lady could start speaking a “new Chicago English” that you do not understand. You coud be seeing a totally different woman I tell you.

The point is simple: Everyday defines new different realities for different people. These realities define the new interests for everyone. Brazing yourself for any change is key to your stability. So shine ya eye…..Ewolewoo!!!!!