You are here: Home / Chronicles / Rivers Elections: Were you really expecting a violence free election? 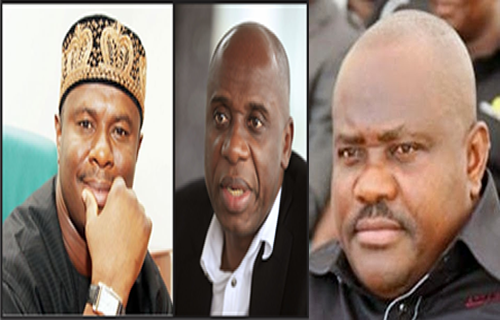 I really don’t understand why people expect Rivers election to be peaceful. I don’t get the funny expectations of free and fair elections in Rivers state. I have been a full resident of that state from 2001 to 2013. I am also a frequent traveller to the state till date and I have never witnessed a “clean election” in the real sense of the word. It has always been violence all the way.

In rivers state, the power of the centre in Abuja is always maximized by the “favoured” to deadly effect in the state. Wike knows this. Ameachi knows this. Odili knows this.

It is the height of class hypocrisy to claim ignorance to this fact. Let me take you down memory lane a little bit. In 2003, during the gubernatorial election between Peter Odili and Sergeant Awuse, Odili used Federal might to deadly effect. It was so effective that people were chased out of the polling booths by the security guys. It was an open secret that military barracks and police stations turned to thumb printing centres. They did this so well, that you would be “justified” to say that the only people that voted for Awuse in the whole election must be his wife, kids and relations. It was violence all the way I tell you. Odili won with 100%(infact more than that!!) of the votes..Nonsense!!

2007 was no different. Once it was clear that Ameachi was out of the way. Omehia  was brought in and he won landslide. A man no one knew until the election, yet he won over 98% of the vote cast. Sergent Awuse that he contested against is still alive. He would tell you his story. Soldiers were just “imported” to Rivers and they made sure it was mission accomplished. The same thing was done by the police who ensured that votes were ‘appropriately allocated’ as directed from above. Omehia was anointed with the backing of Abuja and it was so. You only go against the will of the “power from above” at your peril.

2011 election between Ameachi and Sekibo George was no different.  If you were in PH, and you stayed in D-line area, you would recall a building that was seized and confiscated by Amaechi for hosting a renegade state PDP party meeting. At that time Ameachi was in the same boat with Jonathan and Wike. They were all comrade-in-arms. It was very easy for Amaechi to manipulate the same federal apparatus to his own advantage. The security agencies were mandated to support him in whatever way possible. He just easily won. Sekibo is still alive and he would relieve his experiences. That is River’s style.

2015 election just followed the same Rhythm. Wike, as a candidate,  used the federal power of might to bulldoze everybody and anything on his way. With Abuja power at his beck and call, all the military apparatus in the state was at his convenience. The police commissioner was doing his bidding. With Jonathan to lean on, there was nothing like a state governor. Infact, Amaechi was just a state Governor in name. Wike brushed him aside as if he was an ant. The violence of 2015 gubernatorial was so intense that any attempt to seek clarity could be tantamount to a coup d’état. At the end, Wike won with almost 100% of the vote. To tell you that I couldn’t be more right, the Supreme Court of Nigeria validated it. So what are we saying?

Rivers state is not used to a clean election. The idea that people are looking for a genuinely transparent election in Rivers state is anathema to the usual conduct of elections in the state. If the supreme court said it is the normal way to do election in that state,  then we need to live with it. It is very unfortunate but that is the reality of things in that state.