You are here: Home / Chronicles / Sacked Skye bank directors: An example in how banks shouldn’t be run 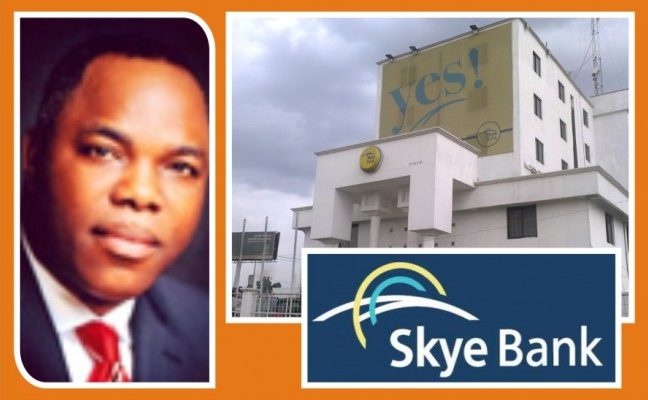 The Entire management of skye bank has been dissolved. What happened in Skye bank is a disgrace. What took place there reminds me of  defunct Allstates trust Ban, Hallmark bank, Oceanic bank and Intercontinental Bank where the chairmen  became the owners of depositors’ money.  Skye bank depicts the normal Nigeria banking operations where the top shots believe that they own people’s money. They just invade the vaults as if the money in the enclosure is theirs. This is sad I must confess.

The M.D of skye bank, Timothy Oguntayo, has been forced to resign. He has been forced to go with the chairman, Tunde Ayeni, with  the board members.  Mr Tunde ayeni character  is a case in how Nigeria would never move on. This man’s only reason to claim being a billionaire is his access to people’s money. He has borrowed, borrowed and re-borrowed with no interest in paying back. He neither wants to pay back nor did he aspire to liquidate his debt to the bank. At the last count this man owes the bank over 100 billion naira. This is the practical example of many Nigerian billionaires. Sad!!

With people’s money, Ayeni went on a buying spree of whatever he could lay his hands on. He dabbled into grandiose properties both home and abroad. He lived a lifestyle for the kings. He delved into buying the unbundled PHCN DISCOS. He was everywhere I can tell you. If he had used his personal money no one would have bothered. However he used ordinary people’s deposits. Your money was used to make these characters big men.  This is what we have been suffering in this country. No wealth is created in any sense yet you’ve got billionaires in quantum. Where will the growth come from?

This same man who, along with his friends, ran skye bank into monumental debts would never allow small scale medium enterprise people to borrow small money from the bank. With characters like these people, it would never be easy for ordinary people to easily borrow money to run their budding businesses because these guys want to appropriate all the money at a go.

What Ayeni and his people did  was fraud and they must pay back every dime they collected from Skye bank.  Nigerians must be less forgiving to these characters. Nigerians shouldn’t pity these people because they are just robbers. Nigerians should never allow fraudulent people who pillaged bank’s vaults because they’re chairmen, MDs or directors to go scot free. A thief is a thief it doesn’t matter if he’s on tie, wearing Agbada or putting on jean trousers. We need to take back our country from vultures.  We must rescue ourselves from these devils.

Without Ayeni and his fellow goons on record as paying back their debts, then, there’s no deal whatsoever…Ewolewoo!!