You are here: Home / Chronicles / Sepp blatter and Mitchel platini: Pray to be Nigerians(or in Nigeria) in the next life 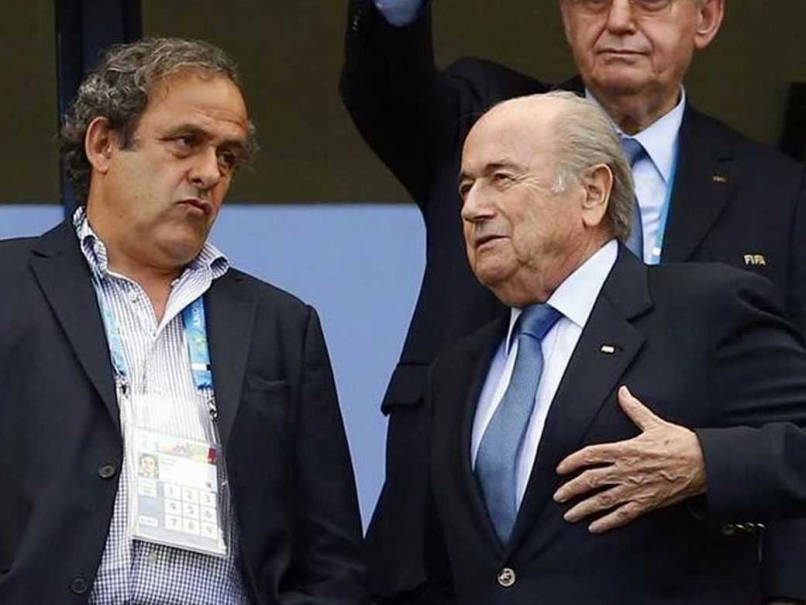 The FIFA president Sepp Blatter and his UEFA President Mitchel Platini were suspended for 90 days by the ethics committee of FIFA. Funny enough these guys in the ethics committee are all Blatter’s acolytes, they are his paddy-paddy men. However, as the game changed, everyone has to answer his papa name. He had to be told to go and relax with his “girlfried” for 90 days for things to simmer down.

We all know the reasons both were suspended. However, the focus of this write-up is to tell them that they shouldn’t have been the head of an organization that would not be based in Nigeria. They should have prayed or worked the headquarters of FIFA to be based in Lagos or Abuja. Yes!!  Nothing would happen to them I swear. Infact we have enough structures in Nigeria to protect them from all the bad-belle people harassing their lives. Dem for dey enjoy now..chai!!

Infact because of this nonsense, I believe Blatter and Platini were being politically prosecuted for their interest in due process. You see why the location of their organization is important? If they were here now, we would have secured a stay of execution, or permanent quashing of the investigation or prosecution process by whoever in this country. We won’t be embarrassing   ourselves the way the Swiss people have been doing since. This is political witchunt and it must be stopped. Nonsense!!

To even give you an example, Kola Aluko is alleged to have done some “interesting things” with our collective resources. He is in Switzerland as we speak. Do you know what? We are not looking for him; it is the British people that are looking for him. “Aproko” people wey nor go mind their own business.  We don’t mind at all, the EFCC knows where to spread their dragnet, but not to disturb over nothing. So Blatter should have understood better than to allow the continuous sitting of FIFA headquarters in Switzerland.

If you check all the money they are harassing these individuals about, you would notice that they are not up to 20 million dollars. Yet we nor go rest. If people are poor must they publicise their poverty? If they don’t know how to enjoy, they should ask people wey sabi. Nor be shame matter. Ask us and we would teach you as experts. Nonsense!!

Sepp Blatter, this is a lesson in knowing where to be in times like this. We offer the best protection.  Too bad you are not with us. Poor people…Ewolewooo!!!