You are here: Home / Life Experiences / She’s rich, he’s poor but they want to marry. 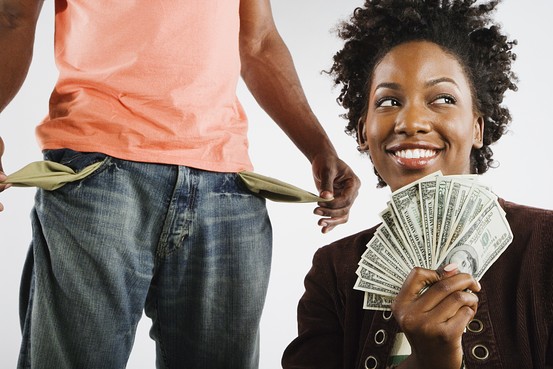 I have always believed and still believe in the ability of human beings to regenerate in all their endeavours.  I have always believed and still believe that we all have our partners that have been tailor made for us. I know for a fact that no matter your status in life, you will always find someone who wants to stay with you and will still be very comfortable within that particular status of yours. That is life I tell you.

The only problem is that, more often than once, we might want the bigger individual pie even as we realise that our strengths and resources would not support such adventure.  Many desire the flashy stuffs when they know that it might not be sustainable on their current balance. Would this stop? It wouldn’t because human nature, sometimes, wants risky adventure which could be superbly good or detrimental at the long run. This now brings us to the topic of the post: What were you thinking when you were fighting with all your strength to marry a lady who is far richer than you or has a family that is so much on the higher scale than yours. It is a no-brainer…

If you are earning a salary of #150,000/month and you feel a lady earning #1000000/month(or more!!) is someone you must marry, then you must be ready for the complications that such a relationship would bring. I fully realise that a lady might just be so interested in marriage that she would damn every other thing. However, let’s face the fact; the love blinded spray on her would soon wear off and reality would set in. You guys are not just on the same level in terms of thought processes. She has a totally different idea to life on account of her pockets compared to you.

Is the man ready to jettison the idea of an African husband and be a far more of a humble person at home? Would the guy still be keeping the same friends he used to have after marriage? Would she still respect the guy’s friends? How would a guy who feels very comfortable relaxing at mama Nkechi’s bar where a bottle of beer is sold at #250/bottle be comfortable going to 4-point or Sheraton where a bottle is between 1k-1.5k? What is his idea about going and spending money for holidays as compared to his upper scale wifey?  How about the jealousy and envy that could be become the other of the day? I can go on and on….. It is not an easy cohabitation I won’t lie.

How about if the family of the lady is far on the rich list scale than what the guy’s family could ever wish for?  What would be the first impression to the father of the lady who would obviously ask of the name of the guy’s father?  Rich men don’t joke with their money o!! It is more delicate when they feel (rightly or wrongly) that the guys coming around their daughters are just looking for where to have free dinner and lunch. It is always wahala all the way. The idea of being a “gold digger” would just stick and it could be debilitating. If the lady is working for her father, then, it would be more of an issue as the real controller of the lady is not the husband but the father. You would just realise that you are only married in name but in reality you are just like that bachelor dude at the boys quarters. You are naada!!

I concede that we have cases that have overcome such fundamental issues but don’t be fooled; It’s more of an exception!!  You could do well to ask those couples about their challenges, and if they are honest enough to actually talk, you would have a real story to talk about. Yes love conquers I agree but there is a reality that love would struggle to overcome. It could even wear the love off in no time. Money is so powerful in relationships that we would just be deceitful to disagree in this context.

If you are not reasonably up to the level or close to the level of the woman you want to marry (especially as it concerns resources), then, it is necessary for you to appreciate the challenges in front of you. My brother, it’s not that you or the lady is bad, it’s just that you are operating from “Planet Pluto” while she’s operating from “Planet Jupiter”.  Can you manage the resultant effect of the mix?? I nor talk anytin oo!!! Ewolewoo!!