You are here: Home / Other News / South Africans are “disturbing” Pastor Chris Oyakhilome. Why?? 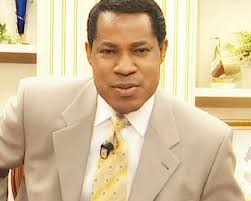 South Africa, according to Premium news, has threatened to arrest Pastor Chris Oyakhilome of the Christ Embassy Church. What is the reason? The South Africans want him and other churches to open their books. When I mean their books I actually mean their financial records. They want to see their accounts. What nonsense???

The South Africans need to understand that church(or religious) business is out of control of any African government. Infact it is out of reckoning of any Government for that matter. What is their wahala sef? Why must they be harassing our pastor? What did he do? They should be very careful before Holy Ghost fire consumes them.

What business do they have in a church( that “God has blessed”) operating companies?  How is it their grouse that the Pastor who is “anointed by God”  has private Jet(s)? In our case, a pastor’s private Jet was used to carry  9.3million dollars in raw cash to south Africa. Dasuki said the money was to be used to buy arms. It is “blessed money in an anointed private jet” and we all “understood”. Maybe that was what the South Africans saw o!!  Even at that, how is it their stress?

Someone should tell the South African government that it takes nothing to go to “ori oke” for them o!! What is their plan? That the Pastor shouldn’t enjoy his life? The south Africans should understand that he spirit of ‘managing’  space in commercial airlines has been banished. The pastor’s life is supposed to be a mirror in opulence and grandeur. It doesn’t matter what the South Africans think. Are they God?

They even told the churches to come with their bank statements? Rubbish!! They want to see the accounts of the churches?? If Christ Embassy shows them the bank statements would they still stand there as government employees? Would they not faint?  Can their eyes comprehend the amount they would eventually find out? Holy ghost fire!!

In the south African Government interest, they should just “free” the churches o!! They should allow Oyakhilome to enjoy his God given and anointed money. Did he steal from them? Are they planning that he should be put on salary? Mbanu!!

Bad belle wan kill dem o!! They should come to Lagos(infact oregun in particular) where they  would understand that what they are shouting about in South Africa is peanut. They would see the extent of the “anointed” flow in terms of properties. They should just allow the pastor to continue his “blessed and anointed” enjoyment in South Africa. Wetin sef!! Holy Ghost fire!!!..

To be forewarned is to….. I have kept quiet.. Ewolewoo!!!