You are here: Home / Life Experiences / The struggles of life o!! 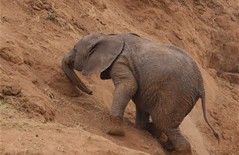 Just sit down and think about all the guys and ladies you went to school with (it could be pry, secondary or university). Think about where they are now .Some are doing really well, some are just there, while some are actually in pathetic situations. It is life and you can’t do much about it. That’s how it runs my people..

It only tells you something: Life is not fair… so complaining about how unfair life has been makes no sense. Did you lose your job yesterday? Did you narrowly miss that contract you have been working on all year? Did you just lose your marriage or your wife/husband just walked away? Did that promotion just passed you or you have just been overlooked? Are you a near miss man? ….I can go on..

Now what option do you have? You cannot just disarm yourself. You have to continue pushing. It could be hard I agree but you have no other option unless you are 6ft below. Barak obama, a son of a black kenyan immigrant, woke up one morning in late 2007 and decided that he must contest the presidency of the US. He announced his candidacy and everyone, and I mean everyone, just dismissed him as a joker. Do you know what? In November 2008, he won the election. He still won it again in 2012.

My point is this: No one believes in you except you. That life is not fair is a stated fact. You can only overcome it by believing in your struggles and having it in mind that it would work. Let us push on with our passion and pray(in whatever we believe in) that the mystery of tomorrow put us at the right place at the right time….Ewolewoo!!