You are here: Home / Sport Mattas / Sunday Oliseh: Nigeria Football is different from the convention o!! 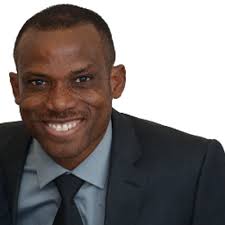 Sunday oliseh is crying. He is attacking. He is punching. He is kicking. He is an angry man ready to devour any critic obstructing his way.  It is an unfortunate thing I must confess.

The truth is this; Oliseh should have known better. He is managing a country that believes, with uncanny certainty, that there are Lionel merci and Christian Ronaldo-like-players all around the country.  He is in charge of a country that doesn’t believe that her days of football dominance in Africa are practically over.

He is working with a football Association that doesn’t believe that the reason for being in football administration is to take care of players. He is working with an association that believes that the bank accounts alerts of the NFF members should take precedence over the players’. He has seen that Football in Nigeria is taken more as a greedy business as opposed to how it is taken in Europe. He is seeing things in different light.

Oliseh should have understood that working with NFF has potential risks. He should have known that our football has fallen far below what he read in his coaching classes.  Unfortunately, he is with people who believe he is working with “super-star” players. This is where his story gets complicated.

I wrote about Oliseh when he just took over the super Eagles. Unfortunately, most of the things I wrote  in july 19 2015 came out as prophetic in his instance(http://ewolewoo.com/oliseh-smile-watch-back/ ).  I wrote another one on the 27th of July 2015(http://ewolewoo.com/nigeria-football-lesson-self-denial/ ) where I detailed the reason where we are not ready to face the reality of our football downward spiral.

Oliseh, you have to live with the unexpected and unrealistic expectations from your countrymen. I know he does not have the resources to achieve it but who cares? He has to perform o!! The way it is,  we are expecting that raises super team.  It doesn’t matter whether he uses  his money. He must perform. The choice is his…. Ewolewoo!!