You are here: Home / Chronicles / The real thief is…. 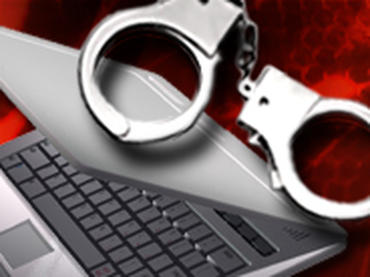 In Nigeria things happen I tell you. Femi Fani kayode was discharged and a quitted on charges of money laundering. 100 million naira (about US $ 500000) meandered into his account as a federal minister and the judge is still looking for proof of wrong doing? I tire ooo!! Tell me a serious country that would allow this?

A man stole Aregbesola’ s phone sometimes ago and the law “crushed” him mercilessly. But a federal minister was so much accused of such “stealing” and the judg…e was acting more like fani kayode’s lawyer. This is the sad commentary of our judicial system.

A judicial system that cuddles and caresses big thieves but deal without any atom of mercy with the petty criminals. How can the system grow like this. You don’t need a seer to project where the wahala is based.

I remember Ibori’s case, Our judicial system exempted him of all charges without conditions. However, when the British came up with the same allegations, Ibori refused to go for full trial in the UK. He just pleaded “Guilty” because he knows what everyone knows. The money dey “under pillow”.

To catch a thief is simple. But in Nigeria, the nature of thief depends on how much money he’s able to steal. Once he has the money to guarantee properties in Ikoyi, Asokoro or Dubai for the concerned judges, black will immediately turn to red while pure snow white would start looking like dark purple. Complications would be manufactured and the man would just go Scot free. At best the case would be continuously adjourned till everyone forgets about it.

Some people should understand that the act of ‘mumu’ is not a General phenomenon. We nor all b “pako” oo!! We sabi evry. …Wayo wayo!!!

I just want to be silent in this case…If not….. #Ewolewoo!!