You are here: Home / Life Experiences / Tiwa Savage’s marriage: When the basis of marriage changes… 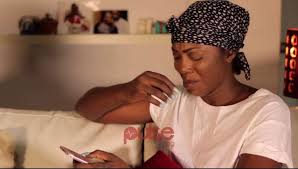 When it’s cool, the razzmatazz is overwhelming. However, when it turns the other way, it’s like a tsunami of unimaginable proportion. Tiwa savage has been taught the other side of the Public show that’s different from the cheers from her musical shows.

Somehow, they became emotionally involved and everything changed. The definition of what defined their marriage has always been based on employer-employee scenario. It’s been based on business relationship. Once you mix business with pure emotions, then you should really expect strange stuffs.

In the course of their marriage, Tiwa Savage understood this fact and removed her hubby as her manager.  This was not going to work as it has never been the basis of the marriage. The marriage took its strength from the business relationship they’ve had. Once you remove that basis, the foundation of the marriage is compromised. The wall being leaned on by the losing party is cracked. It becomes more dangerous if the losing party believes he/she is “really losing”. He would charge back like a bull that has seen red flashed at it. It won’t be funny. Tee bliz has shown you some samples..

Tiwa Savage deliberately, on her absolute accord, entered a marriage where she would ultimately be the breadwinner.  She knew she would be the wife and the employer at the same time. The world of show business has a different kind of reality. She should have  understood that  once you enter into that kind of alliance in a show business atmosphere, you have to be ready to shoulder some” unfortunate responsibilities”.  I guess she got tired of that as everything took a dark turn. All hell broke loose.

It’s not that Tiwa savage or tee bliz is necessary bad. What happened is a common phenomenon, where people either refuse to accept reality or just ignore it while hoping for the best. To be fair,  you’ve got some cases in which the best still comes out, however, the general case is always trouble. Once expectations are just based on hope, then you’ve got to brace yourself up for issues like these.

Tiwa Savage has learnt a fact of life. A frustrated, angry and hopeless man who believes that his idea of marriage to you has been defeated is a very dangerous man. He believes that his progress is based on Tiwa’s career which he has lost in the course of the marriage. For him, it’s over. He has lost it. That is the problem.

For now, It is a complication that only Tiwa Savage can solve. That man called Tee bliz has nothing to lose. He is just helpless and hopeless. He is down the ladder. The way he looked at the marriage got blown into pieces in his very eyes. Marriage to Tiwa was his way to stardom and prosperity. He is not seeing it and he is revolting. That is the way it is…

The ball is in Tiwa savage’s court….Ewolewoo!!

She’s rich, he’s poor but they want to marry.