You are here: Home / Other News / TSA(Treasury Single Account): You can renegotiate it, but it must stay. 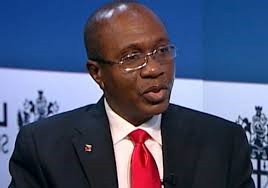 I don’t need to repeat the full details in public domain. However, This TSA agreement was signed during Jonathan’s regime and that is a fact. It was signed with the idea that all government monies from all sources should be paid into a single account managed by the CBN within a platform that the banks can access for remittance.  This is not a bad idea at all.

However, we didn’t know the full effect then because it was not faithfully implemented. Jonathan Government signed it but still allowed people to have “ their ways”. Then the issue of 1% charge on money collected was not a problem because the money wasn’t  suspected to be as much. Everybody was just collecting government money and remitting whatever he likes. The political will was not there then for full implementation.

Buhari has decided to give fillip to this TSA agreement now and all roofs are collapsing. Of course with more money coming into the account the value of the 1% charge would increase. This is a no-brainer. However, it has cut off everyone whose interest is to create his own government account with the intention of stealing. It has cut off businessmen/government officials whose only claim of getting into billionaires club is due to their access to government accounts. This is now a source of quandary. Every eye is now shining; “There must be more to this TSA” they must be saying.

Banks that used to hold government accounts but charge enormous percentages(sometimes up to 30%) on remittances are now coming out with ïssues”. I won’t be surprised if the CBN officials and politicians with links to these banks are part of the  shouting crowd.

The mere fact that  1% of the remittances collected so far is up to 25 billion naira(as Dino Malaiye mentioned) should have opened our eyes to how Nigeria had been milked over the years. If it is true that we raised 2.5 trillion naira within these few months, then it shows a fundamental defect of the system in the years past.

I agree that the Government should renegotiate the system because 1% of 1 billion is different from 1% of 1 trillion. However, the system must be retained. Once you allow government people to take hold of the platform then everything would just melt away. Let the system be but with adjustments. All these attempts at bringing down the whole TSA because some people don’t want it should not be allowed.

Why is it so difficult for people to be billionaires out of their own inventions, or business intuitions in Nigeria? Why is it that people must always look at how to whack and chop government money? This current hullabaloo of this TSA  falls into the mindset of people just wanting to have their full fingers in the cookery jar. I really don’t get this. They just want to control government accounts. Leave mata!!

Let the TSA be. Let there be single account for the government so that everyone can monitor. That we are even discussing this is the victory for the single treasury account. I don’t think we have had this kind of discussion since the advent of democracy.

Leave the TSA, let it be!! Ewolewoo!!